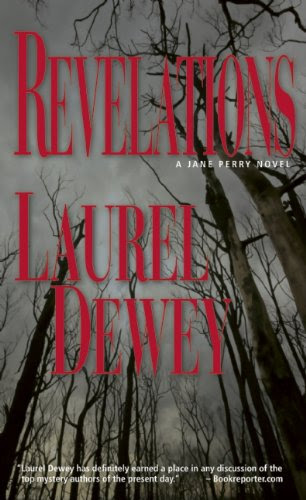 In this third Jane Perry novel, Laurel Dewey takes Jane out of Denver to the small town of Midas where the Chief of Police is a close friend of Jane's boss. Jacob Van Gorden, the fifteen-year-old son of a prominent area businessman, has disappeared and all signs point to his abductor being Jordan Copeland, a man who committed a similar crime decades ago. Jane settles into this little community for much longer than she wants, living with a preacher and his family (including their eccentric teenage daughter who was Jacob's girlfriend). There are signs that Jacob is still alive, so the clock is ticking. And as Jane investigates Jordan Copeland, she begins to have doubts about his guilt and begins to uncover signs of devastating – and even deadly – secrets all around Midas. Meanwhile, Jane must deal with two considerable secrets of her own. One hits her in the gut before she leaves Denver and the other creeps up on her from the most unlikely of places. And on top of this, Hank Ross, owner of a bar in Midas, has somehow managed to find a way beneath Jane's armor-plated defenses, forcing her to contend with feelings she hasn't allowed to surface for a very long time.

GoodReads
Revelations is the third book in the Detective Jane Perry series, though it could be read as a stand alone. I do, however, recommend that you read the first two books in the series, Protector and Redemption, as both were great reads.
I fell in love with Jane Perry's character right away. She is a recovering alcoholic and chain smoker who has had to overcome her terrible past, she is both flawed and funny.
Jane is a Sergeant detective with the Denver police department and uses her new found psychic ability to help her solve cases. That being said Revelations is my favorite book in the series this far.
I loved this book and was able to loose myself
in the small town of Midas. I could picture the town and the people in it. I really thought that Laurel Dewey did a great job with the character building.She made her characters believable and real.
I enjoy reading a book that I cant figure out the
ending to. I spent the whole time trying to figure out who the kidnapper was, and each guess was wrong. Its refreshing to be surprised by a book.
The only thing that I wish was different was the amount of time spent on Hank and Jane's relationship. I was craving more from them and I hope that there is a bigger focus on the pair in the next book. I think Jane has finally met her match in him.
I would recommend this book to all my friends and anyone who likes a good mystery.