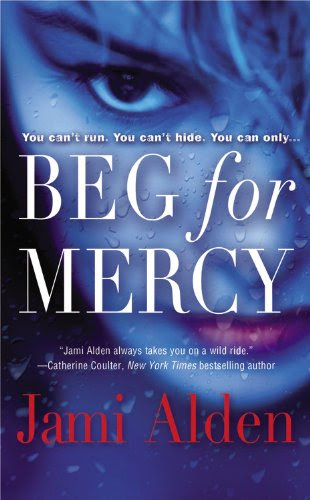 Megan Flynn and Cole Williams have an unresolved past...
Three years ago Megan thought that Cole was her future, but on the dark day that her brother, Sean, was arrested for murder by Cole that dream shattered.
Now she is determined to find the true killer, no matter what it takes. With her brother waiving his right to future appeals though, the clock is ticking down. When a young woman is found brutally murdered in an abandoned trailer Megan might have finally found a link connecting the Seattle serial killer to the murder her brother is accused of.  Cole Williams can wash all her hope down the drain though when he shows up to investigate the homicide.
Seattle Detective Cole Williams has spent the last three years trying to put Megan Flynn from his mind, but unable to help wondering what could have been. When he finds her at the scene of a homicide he realizes that he could have a second chance with her, if only he could set aside his views on her brother and support her in her quest for the truth. When Megan finds herself in the sights of the murderer though, he has to make a decision; which is more important? Megan or his badge?
Beg for Mercy is a darkly disturbing and sinfully delicious story that I could not put down! It is unique, intense, dark, gripping, and I have never read anything quite like it before. It blew me away! Jami Alden masterfully pens a tale of nail biting suspense with twists and turns that would put the scariest roller coaster to shame, adding succulent romance and titillating tension that kept me hanging onto every word. She is detailed and dedicated in her writing, giving readers in depth scenes that come alive on the pages.

I was instantly immersed in all the characters of this novel. Megan’s brother, Sean, is an ex-Ranger who Megan knows would never harm anyone, let alone a woman. But sitting on death row for three years has worn him down and he can’t stand to see what it does to his sister. Loosing all hope, he resigns himself to death. Megan refuses to give up though and will go to any lengths to prove her brothers innocence. She is a strong, intelligent and admirable heroine, someone that I would be honored to have fighting on my side. When Cole shows up back in her life though she is weary, knowing that she never stopped loving him she instantly feels guilty for having feelings for the man who basically condemned her brother to death without even trying to help her prove his innocence. Cole is remorseful over there past though and is looking to make things right. Determined to see justice served he cannot turn a blind eye when Megan finds evidence that could bring possible doubt to the murder her brother is accused of. I really loved Cole, he is protective, possessive and so alpha *rawr* You could feel him and Megan’s chemistry right off the bat and their relationship was smooth and developed at a realistic pace. Sexual tension between the two was sizzling and I would scream in frustration with them every time that dang phone rang! But the wait was well worth it with some blazing sex scenes. This book really had it all!

The villain of Beg for Mercy gave me chills and trying to piece the puzzle together ad figure out whom he was, was challenging. The author would give you little glimpse into his psych and past, and he was so well developed with such a heart wrenching back-story I actually sympathized with him. The plot moved along at a fast pace and I didn’t want it to end, I loved every second of Beg for Mercy and the story has stuck with me days after putting it down. If you love crime drama, thrillers and romance then this is the book for you! I’m looking forward to Sean’s story, Hide From Evil, with the hard cracking ADA who helped send him to prison set to release November 1st.