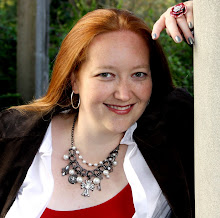 Today I am super excited to have a very special scene that author Jocelynn Drake has written just for RBtWBC readers. If you're unfamiliar with this author (Say it isn't so!), Jocelynn pens the dark and compelling urban fantasy series, Dark Days. The sixth and final Dark Days novel, Burn the Night will be released next Tuesday, the 28th, and I cannot wait! But onto the scene; when I asked Jocelynn to stop by for her release of Burn the Night she asked what kind of post I would like and when I mentioned my love for Valerio she wrote this short scene with him and Danaus! Jocelynn says that this is probably the only time you will ever see just Valerio's and Danaus's characters together. *squee*
Scene between Danaus and Valerio.
(Takes place just before the start of BURN THE NIGHT)