Read an #Excerpt from Meet Me at Beachcomber Bay by Jill Mansell + #Giveaway! 1. A brief encounter that could have become so much more…if only everything were different
2. Step-sisters, bitter rivals in every area except one—by unbreakable pact neither will ever steal a man from the other
3. A love triangle that starts out as a mess of secrets and mix-ups, and only gets worse from there

Welcome to Jill Mansell’s blustery seaside world. Once you step inside, you’ll never want to leave!

With over 10 million copies sold, New York Times and USA Today bestselling author Jill Mansell writes irresistible and funny, poignant and romantic tales for women in the tradition of Marian Keyes, Sophie Kinsella and Jojo Moyes. She lives with her partner and their children in Bristol, England. 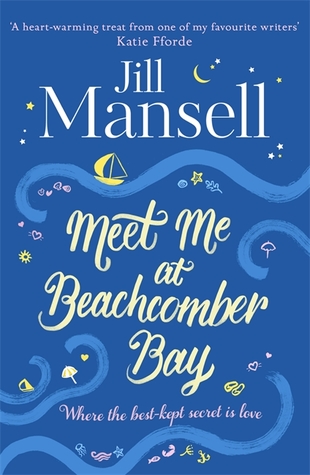 
MEET ME AT BEACHCOMBER BAY is a romantic, funny and unputdownable new novel about love and friendship from Jill Mansell, bestselling author of THE ONE YOU REALLY WANT and YOU AND ME, ALWAYS - 'A glorious, heartwarming romantic read' Woman & Home. Perfect for anyone who loves Milly Johnson, Lucy Diamond and Jenny Colgan.

Love is in the air in St Carys, but you'd never know it - the people of this seaside town are very good at keeping secrets...

The man Clemency loves belongs to someone else. She has to hide her true feelings - but when she ropes in an unsuspecting friend to help, wires start to get crossed.

For the first time in Ronan's life his charm has failed him in winning over the woman he wants. Loving her from afar appears to be his only option.

Belle seems to have the perfect boyfriend, but something isn't quite right. And now a long-buried secret is slowly rising to the surface.

The truth has a funny way of revealing itself, and when it does St Carys will be a very different place indeed...


The Lexus was now efficiently parked. Both doors opened. Belle, the first to emerge, was wearing a long, floaty, spaghetti-strapped white dress that could well be her way of subliminally suggesting to the new boyfriend that she’d make a stunning bride. Slim brown arms outstretched, she advanced on Clemency. “It’s my little sister!” she cried. “Come here, you!”
Which didn’t always happen—you never knew for sure how you might be greeted by Belle. It tended to depend on who was watching.
Closing her own driver’s door, Clemency moved forward for a Hollywood-style hug, crunching the lemon candy into glassy splinters en route.
Belle clutched her by the elbows and exclaimed, “Wow, you look so well,” which was her way of saying fat.
Luckily, Clemency knew she wasn’t fat; she was normal. Whereas Belle had been known to point at photos of supermodels and remark that they were looking a bit chubby.
They embraced, and Clemency breathed in the expensive scent her stepsister always wore. As she did so, she glanced over Belle’s shoulder at the new boyfriend, just as he removed his sunglasses.
Fizzy candy and pieces of hard lemon shell collided with a sharp intake of breath, and Clemency did one of those convulsive coughs you just couldn’t hold down. Before she had a chance to turn her head away, shards of lemon and droplets of lemony saliva sprayed over Belle’s chest.
“Aaargh, you are so gross!”
“I’m sorry, I’m sorry, I couldn’t help it…”
“Have you ever heard of covering your mouth?” squealed Belle.
“You were holding my elbows!” Clemency spluttered, desperately scrabbling in her bag for a tissue and quite unable to look at Belle’s boyfriend, who was Sam. Oh God, it was him; it was actually him. Starting to cough again in earnest, she backed away and clapped her hands over her mouth, her streaming eyes, her whole face…
“Look at my dress,” Belle wailed. “You’re like some kind of animal!”
But Clemency could hardly hear her. It was as if her stepsister were burbling away from inside a box, while on top of the box stood a town crier with a giant megaphone bellowing, “It’s Sam, IT’S SAM, IT’S SAM.”
“I’m sorry. It was an accident.” Having located a tissue, Clemency wiped her eyes. “I’m sure we can give it a wash and it’ll be fine.”
The last time she’d seen Sam, she’d managed to spill red wine over herself. Coughing and spraying candy over someone else was, on balance, probably worse.
Even if the someone else was Belle.
Finally, she risked a glance at him and saw that he was looking equally taken aback by the situation.
“It had better be.” Belle was still looking utterly repulsed. “I only bought this dress last week. Oh well, I suppose I should be used to it by now.” As if getting food sprayed at her by her stepsister was something that happened on a tediously regular basis.
“Anyway. Sorry again,” said Clemency.
“Oh, fine.” Belle shook her head with resignation. “Well, we’re here. Sam, this is Clem. Clem, Sam Adams.”
Sam was looking directly at her. Clemency looked back at him. This was the moment during which one of them needed to smile and say, “Actually, we’ve met before.” Then they could explain that they’d sat next to each other during a flight, marvel at the coincidence, and effortlessly move on with the viewing.
That was all that needed to happen.
The moment paused, hovered in the air between them for a second, then moved on. It was now too late to say it. Sam held out his hand. “Hello.”
Clemency shook it and heard herself say, “Hi.”
Like two complete strangers meeting each other for the first time.

Jill Mansell lives with her partner and children in Bristol, and writes full time. Actually that’s not true; she watches TV, eats fruit gums, admires the rugby players training in the sports field behind her house, and spends hours on the internet marvelling at how many other writers have blogs. Only when she’s completely run out of displacement activities does she write.

Jill Mansell's books have sold over ten million copies and her titles include: Making your Mind up, Fast Friends, Good at Games, Sheer Mischief and Solo, among many others. http://www.jillmansell.co.uk/ 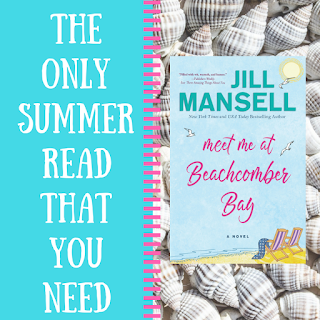