I'm thrilled to announce that after a long way, the cover for The Long Way Home is finally out. The fabulous Shawntelle Madison did an amazing job with this, didn't she?

Want your own copy? Buy it at: Barnes & Noble| Smashwords | Amazon | Kobo From the back cover:


My name is Jessica Scott. I am a soldier. I am a mother. I am a wife.

Check out the trailer:


Below is an exclusive look at: The Long Way Home - Excerpt

Make sure you check out the reviews on Goodreads and if you haven't already, add it to your shelf! Get your copy today: Barnes & Noble | Smashwords | Amazon | Kobo 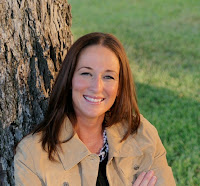 Jessica Scott is a career army officer, mother of two daughters, three cats and three dogs, wife to a career NCO and wrangler of all things stuffed and fluffy. She is a terrible cook and even worse housekeeper, but she's a pretty good shot with her assigned weapon and someone liked some of the stuff she wrote. Somehow, her children are pretty well adjusted and her husband still loves her, despite burned water and a messy house.
Oprah has called her. True story.
Her debut novel BECAUSE OF YOU launched Loveswept, the first Random House digital imprint.
She's written for the New York Times At War Blog, PBS Point of View Regarding War, and IAVA. She deployed to Iraq in 2009 as part of OIF/New Dawn and is currently a company commander stationed at Fort Hood.
Most recently, she's been featured as one of Esquire Magazine's Americans of the Year for 2012.
Connect with Jessica at Website - Twitter - Facebook - Goodreads

~*GIVEAWAY*~
Jessica is graciously giving one reader a digital copy of their choice from her backlist books. To enter, just leave a comment on this post and then fill out the Rafflecopter below. Good luck!
a Rafflecopter giveaway
Posted by Crystal @ RBtWBC at 3/18/2013 12:00:00 AM