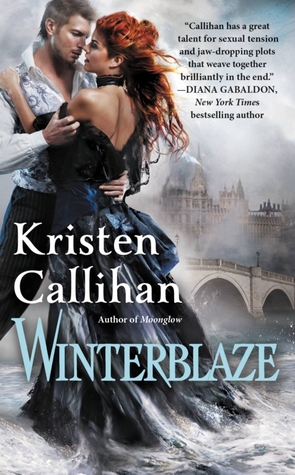 
Once blissfully in love . . .
Poppy Lane is keeping secrets. Her powerful gift has earned her membership in the Society for the Suppression of Supernaturals, but she must keep both her ability and her alliance with the Society from her husband, Winston. Yet when Winston is brutally attacked by a werewolf, Poppy's secrets are revealed, leaving Winston's trust in her as broken as his body. Now Poppy will do anything to win back his affections . . .
Their relationship is now put to the ultimate test.
Winston Lane soon regains his physical strength but his face and heart still bear the scars of the vicious attack. Drawn into the darkest depths of London, Winston must fight an evil demon that wants to take away the last hope of reconciliation with his wife. As a former police inspector, Winston has intelligence and logic on his side. But it will take the strength of Poppy's love for him to defeat the forces that threaten to tear them apart.

Goodreads
Available for Purchase at: Amazon, Kindle, Barnes & Noble, and The Book Depository

Callihan brings us the third book in her Darkest of London series showing us deeper characters and more haunting villains. For followers of this series, Winterblaze is worth the wait.

Poppy is the no-nonsense older sister. Her reserved attitude in the previous books kept her secret well hidden, until husband lay dying. Winston, Poppy’s husband, is the annoying detective always sticking his head places he shouldn’t. After his brush with death he leaves Poppy, unable to face the one who holds his heart and betrayed his trust.

Marital conflict, simple right. Throw some paranormal characters and demons into the mix and you have much more than a simple argument and loss of trust between a husband and wife. The whole book revolves around the need for trust in a relationship, and how that can bleed into every aspect of your life. A good lesson, oh and then Callihan throws in action, mystery, and some very hot sex. What a good mix!

Winterblaze builds on the story lines begun with the first two books, but it also feels new. The dynamic between Poppy and Winston is electric, you want to punch them both in the face and then cry for them. As we have come to expect you will finish the book wondering what is coming next. Time to start that count down all over again!

Rating: 4.5 Wines! Just look at that cover...how can you not want to pick it up?