Hello lovelies and welcome to Day #2 of our Spring Into Romance event. :) I hope that you brought your sun hat because it's about to get hot up in here, ex-ops hot! Welcome Jessie Lane who is joining us with an exclusive scene from their upcoming sexy contemporary romance release, Secret Maneuvers! XOXO, ladies!

Bobby & The Ex Ops Team Plan a Picnic For Annabelle

There was too much testosterone in this room. How many guys did they think it took to pack two bags? One bag was already done, the one with enough clothes to get me through a week in Texas. It was this second bag that was giving me some problems. Looking over to the three men in the room with me, Declan, Riley, and our commander Jaxon, I shrugged my shoulders at a loss of what to do.

“I want to take her for a picnic to surprise her, but I don’t know what I should take for it.”

Riley raised a disbelieving eyebrow. “You think she’s going to go with you willingly on this picnic?”

That was a good point. With the way things had been left last time I’d seen her, there was no telling what her reaction to me showing up would be. Pursing my lips in consideration, “Think I should pack the paracord in case I have to make her listen to me?”

They nodded like bobble heads in agreement. Declan’s lips twitched like he was trying to hold back a laugh. “The rope may be thin, but it’ll hold her where you want her if you tie her up right.”

I tossed the paracord into my bag along with the mini Maglite that it had been laying in the drawer next to.

Jaxon rumbled, “What are you taking the Maglite for?”

“It’s a nighttime picnic. Just like we used to do back home in Georgia by the
creek.”

His eyebrows furrowed. “The Maglite is good, but it’s not going to light up the whole area for you.”

Now my lips were twitching. “I’m not going to use it to light up the whole area, just the ground where we’re walking so we don’t trip.”
Jaxon asked, “So you’re going to forego light and lay there in the dark? No candles or anything?”

Shaking my head no, “No way. Candles would ruin it.”

The three men stood across from me confused now. Riley said, “Ruin what exactly?”

Holding two fingers up in front of me, “First of all, the stars wouldn’t seem as bright. Second of all, I’m taking a set of night vision goggles with me. That way when I get her naked I can put them on and not miss anything, but she’ll have to rely on all of her other senses to pay attention to what I’m doing to her. I get a naked green looking Belle, and she gets what I want to give her. What more can a man ask for?”

This got me amused male chuckles before Declan asked, “What else are you going to pack?”

Rubbing a hand across the back of my neck, I looked down to some of my standard issued gear. “I don’t think she’ll want MRE’s to eat at a picnic.”

Riley rubbed a hand over his mouth while he thought about something. Somewhat absentmindedly he murmured, “Strawberries and whip cream.” He had that faraway look in his eyes that he got when he was thinking about his ex-wife Kara.

“Thanks man. That’s a good idea. I can pick them up from the store before I go to get her.”

Jaxon added, “Champagne would be good with that.”

Scoffing back at my commander, “Are you nuts? We don’t drink that prissy shit.” Glancing down to my canteen I got an idea. “But I could take this and put some Southern Comfort in it. It would certainly help her to unwind so she doesn’t try to cut my nuts off before I do what I got to do.”

“You’re going to need something to lay down on the ground with her on. Pack your old Army field blanket.” Declan added.

“That’s wool you moron! You want us all chaffed up after I get done playing Marco Polo with night vision and her body parts?”

Riley started coughing to hide his laugh. Declan and Jaxon didn’t bother to hide theirs. “Then take your thermal blanket and lay it on top of the wool one. Then you can play slip and slide while you get sweaty with her.”

That was a good idea too. Stuffing the two blankets in the bag with the other stuff, I watched as an industrial sized box of condoms landed on the top of the pile. Looking up I saw Declan grinning unrepentantly. “Be like a boy scout and be prepared, right?”

Jaxon ignored the horn ball in front of me and asked, “You got everything you need now to go down there and bring her back?”

Pulling the folded up envelope out of my back pocket, I held it up in front of me. “This is the last of it right here.”

Waving it back and forth a little bit, I answered, “This is the letter she should have had all along.”


*END OF EXCERPT – If you want to know what was in Bobby’s letter to Annabelle, you’ll have to wait and buy the book! Secret Maneuvers releases June 15, 2013!*

If she didn’t stop flailing around like this, she was going to fall and hurt herself. “Stay still and calm down.”
Ignoring me she continued waving her arms around, “Don’t you get it? We’ve been over for fifteen years!”
Her body tipped dangerously to the side, and for a second I thought for sure she was going to trip herself and fall head first into the wall. The thought of her accidentally hurting herself was driving me crazy. I ground out between my teeth, “Calm down and give me your attention damn it.”
Instead of doing as I asked, she screeched. “What in the world do you think we need to talk about?”
I grabbed her by the hips to keep her from falling on her ass. The gesture clearly wasn’t appreciated since she started trying to pry my hands off of her. Ignoring her attempts to remove me, I pulled her closer until we were only an inch apart and she had no choice but to look me in the face.
The pupils were dilated in those big beautiful green eyes of hers. She was panting and clearly more nervous than outraged. Most of all, she was vulnerable and doing her best to hide it. What she didn’t understand yet was that I had no intentions of hurting that vulnerable side of her. I wanted to do the exact opposite. I wanted to protect it, and her, so that nothing ever hurt her again the way I had.
“Do I have your attention now?”
Eyes wide, she nodded yes.
“Good, now listen closely, because this is important and I want to make sure that it penetrates somewhere through that thick skull of yours. We were never over Belle, not as far as I’m concerned. Maybe on hold until I found you again, but never really over. I’ve been looking for you since the day you left Sylvania so I could tell you that I fucked up. I should have never sent you that letter.”
Belle’s breathing was ragged now. Eyes watery, threatening tears at any given second. Still, she didn’t say a word.
“Do you understand what I’m trying to tell you baby? I’m trying to say I’m sorry. I was so fucking stupid, and I will go to my grave regretting how badly I hurt you. But I didn’t just hurt you, I hurt us both. I’ve been walking around all these years in pain, with what feels like these chunks of my soul missing. Moving through life with a heart that felt as if it wasn’t actually beating, and how could it? It wasn’t possible. Because everything that was ever good about me was missing, and it was missing because I didn’t have you.”

Some mistakes from the past haunt us forever... unless fate steps in with a second chance.  One 'dear John' letter haunts Bobby Baker's every living moment. It’s the letter he stupidly wrote to his high school sweetheart, Belle, right after he left to join the Army. The letter that he told her that he wasn't so sure if they were ready for forever yet. But before he can let her know that the letter, and his second thoughts, are nothing but a mistake, she up and disappears from the small Georgia town they were both raised in. Fifteen years later, Belle unknowingly walks back into Bobby's life when her job as an ATF Agent forces her to work with a group of men secretly headed by the CIA to help her track down whoever is involved in funneling black market weapons to a drug cartel in Mexico.  Bobby will use this mission to try and soothe Belle's hurt feelings while proving to her that their love is still meant for forever. He'll use every dirty trick he's learned since he joined the Army to maneuver her back into his life for the long haul. But Belle's not making it easy as she keeps him at arm's length in the hopes that mistakes of her own never come to light. 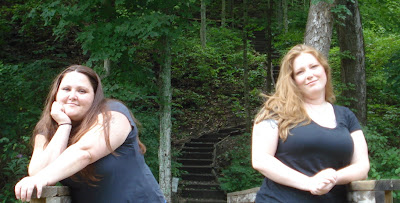 Jessie Lane is the writing team of Melissa Pahl and Crystal Leo. The two sisters-in-law share a passionate love of naughty romance, cliff hanging suspense, and out-of-this-world characters that demand your attention, or threaten to slap you around until you do pay attention to them. Because really, it is ALL about the characters. (They're kind of megalomaniacs - but don't tell them that we said that.)  Crystal and Melissa often live half their lives with their heads in the clouds dreaming of alpha military hunks, werewolves and kick ass heroines crazy enough to chase after creatures that they unquestionably should know better than to chase.  Their first YA novel, The Burning Star, was released in May 2012. Big Bad Bite is their second novel, but their first adult paranormal romance. They are now working on their next two novels, Walk On The Striped Side and Secret Maneuvers. With these projects underway, they are looking forward to showing the rest of the world their crazy stories, heroes and heroines that often plague their minds until written, and hope you will join them on their journey!


~*Giveaway*~
Jessie Lane is generously giving away an eGift Card to either B&N or Amazon, winner's choice, to one reader along with a a digital copy of their paranormal romance, Big Bad Bite! To enter, just leave a question or comment for Bobby or Jessie Lane on this post and then fill out the Rafflecopter below. Good luck!