CASSANDRA: Today I’m talking to Leo LaPorte and Scott Schaeffer, goaltenders for the Buffalo Intimidators and the subjects of my book, Head Games. Joining them is Kelly Chase, their mutual love. Hi everybody!
ALL: Hey Cassandra!
CASSANDRA: Why don’t you start off by telling our readers a little bit about yourselves?
LEO: I’m Leo, and I’m the starting goaltender – OUCH! – for the Buffalo Intimidators. *rubs arm and glares at Scott*
SCOTT: We’re both starting goaltenders, you ass.
KELLY: Be nice, boys, or no apple pie for you.
LEO AND SCOTT: *whining* But Kelly…
*Kelly shakes her finger at both and they shut up*
CASSANDRA: Wow, I need to figure out how to wrangle them like that.
KELLY: Threaten the pie. It works better than withholding sex, even.
CASSANDRA: I’ll keep that in mind…so, Kelly, tell us about yourself.
KELLY: I’m Kelly, and I run a little bistro in downtown Buffalo, appropriately named Kelly’s.
SCOTT: With the best apple pie on the freaking planet.
LEO: It’s even better when it’s smeared – OUCH – would you people stop hitting me? *rubbing his arm and glaring at Kelly*
KELLY: That’s private!
LEO: How did you know what I was going to say? It might’ve been something perfectly innocent. *Scott snorts and Kelly snickers* What? It’s possible!
CASSANDRA: How did you all meet?
SCOTT: We started coming into Kelly’s after home games. She’s open late and we’re always starving. Once we got to know Kelly better, it
was only a matter of time before we fell in love with her. *exchanges a lovey-dovey look with Kelly as Leo makes retching noises*
KELLY: How can you not fall in love with two guys who look like they do?
CASSANDRA: Indeed. After all, I created them.
KELLY: True. *fist bumps Cassandra* Nice work!
CASSANDRA: Thank you. I try. Getting back on topic, when did you guys realize you loved Kelly?
LEO: I’m going to answer this question completely seriously. *Kelly and Scott do double-takes* I knew I loved her, really loved her, when she came barreling down to the hospital after I got knocked out by that puck. I didn’t really even admit it to myself, but I loved her even then.
KELLY: Awww. *Leans over to give him a quick kiss, which he turns into a thirty-second, tongue-involved affair* Leo!
LEO: What?
KELLY: *motions toward Cassandra* We have guests!
LEO: So? She’s the one who made us have all that wild monkey love when we first got together!
SCOTT: Good point. *grabs Kelly, gives her his own long, deep kiss*
CASSANDRA: Anytime you horndogs are done…
LEO: You made us this way. Don’t forget that.
CASSANDRA: Crap. I totally did. So I like a lot of sex in my books! Sue me.
LEO: Works for me…
CASSANDRA: I can see that I’m not going to get any straight answers out of these guys…
SCOTT: Wait! I didn’t tell you when I fell in love with Kelly.
CASSANDRA: Go on.
SCOTT: I was a little later to the game, but that doesn’t mean I love her any less. When I saw her after the “big scare” – can’t tell you guys what it is, you’ll have to read the book – I knew.
LEO: All together now, awwwwww.
SCOTT: Shut up, you big lug.
CASSANDRA: *rolling eyes* Before this devolves into a girlfight-
LEO and SCOTT: HEY!!!!!!!
CASSANDRA: I’m going to sign off. Thanks for being here, Leo and Scott, and thanks for putting up with them, Kelly.
KELLY: I wouldn’t have it any other way!
Read the first chapter of Head Games here! 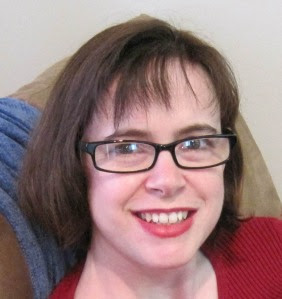 Cassandra Carr lives in Western New York with her husband, Inspiration, and her daughter, Too Cute for Words. When not writing she enjoys watching hockey and hanging out on Twitter. Her debut novel, Talk to Me, was released by Loose Id on March 22, 2011. Head Games, Buffalo Intimidators book 1, released on November 2, 2011 from Siren Bookstrand, and Caught released December 6, 2011 from Loose Id. For more information about Cassandra, check out her website, “like” her Facebook or follow her on Twitter. You can purchase Head Games and check out Cassandra's other works here.