The Wolf Within by Sondrae Bennett (Character Interview)

Today we have some special guests joining us from Sondrae Bennett's latest Alpine Woods Shifters novel, The Wolf Within! Please give them a warm welcome, enjoy! 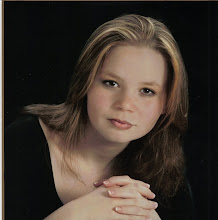 Character Interview with Julie Callahan from the Alpine Woods Shifters series.
QUESTION: Tell us a little bit about the book you’re promoting.
JULIE: The Wolf Within is the third book in a series about my family, and it’s the story of how my mate, Brendan, and I fell in love. Truthfully, I wasn’t the easiest person to convince, but he was…persistent.
QUESTION: Oh? So you weren’t interested in him at first?
JULIE: No, no! I’ve loved Brendan since…well, forever. He and my sister, Laurie, were good friends growing up so he was always around. I was so tongue tied around him. But I never figured someone like him could be interested in me. I mean I’m not even an omega wolf, I’m human.  *Brendan growl floats through the doorway to the kitchen where he apparently has been listening* He’s more than shown me how wrong I was, and how special I am.
QUESTION: So, if you’ve loved him forever, why did you resist his advances?
JULIE: Because I was foolish. *Another growl, causing her to laugh* No really. I had just gotten out of a messy break-up and my confidence was at an all-time low. When Brendan all of a sudden became attracted to me—
BRENDAN: Nothing sudden about it.
JULIE: Excuse me, this is my interview. *Julie shouts over her shoulder, but her smile belies the angry words* I thought…well, at first I thought he was Laurie’s mate, which was its own can of worms.
QUESTION: But he’s not?
JULIE: *laughs* No, he’s not. It’s funny, now that I know the truth, that I ever thought they were. But after all that was sorted out, I had some other fears he had to overcome. Thankfully, he had enough patience and love to keep at me.
QUESTION: Sounds like he was your knight in shining armor.
JULIE: He kind of is.
BRENDAN: *from the kitchen* Kind of?!
JULIE: Okay, he totally is. He’s my Prince Charming, my one and only, my everything. *Julie winks*
BRENDAN: *Brendan pops his head in the room* Are you teasing me?
JULIE: *With mock horror* Never!
*Brendan crosses to where Julie sits, kisses her cheek, and whispers in her ear loud enough for us to hear*
BRENDAN: You’re my everything, too.
*Julie blushes, and clears her throat*
JULIE: Any other questions?
Julie, Brendan, and Sondrae will be available to answer any questions. For more information about The Wolf Within, check out Sondrae Bennett’s website at www.sondraebennett.com.
The Wolf Within is available at Lyrical Press, Amazon, and digital bookstores everywhere.

Will his love be enough to keep her safe? Julie doesn’t know what to think when the man she’s had a crush on her entire life--a man she thinks is meant to be her sister's mate--starts flirting with her after she returns home from college. The harder she tries to distance herself, the harder he works to win her over. He can’t want to mate with her...a freak born a full human among shifters. So why won’t he accept her rejection? Brendan's waited years for Julie's return. Now that she’s finally home, there’s nothing to keep him from her...not even her three alpha wolf brothers. But he’s not the only one after Julie. Something is stalking her and Brendan's protective instincts toward her kick in. When the unthinkable happens, will Julie and Brendan's love give them the strength they need to persevere?

WARNING: This title contains explicit sex
Excerpt:
After waiting almost a full minute for her to notice him, Brendan coughed into his hand to get her attention. She jumped at the noise, dropping a book on her bare foot.
“Oh jeez. Are you okay?” Cursing himself for startling her, Brendan rushed over. He placed his hands on her waist as he bent down to look at her foot.
His heart skipped a beat when she wrinkled her nose and smiled. “Relax, Brendan. It’s just a paperback. It couldn’t have weighed more than half a pound.” The laughter in her eyes mesmerized. This was the teasing, happy Julie he remembered.
“Well, at least let me kiss it and make it better.” Brendan rose and brushed his lips against hers. A spark of recognition shot through him. As if his soul recognized the other half of himself. He could only hope she experienced it too. If she felt even half the desperate need he did, there would be no way she could deny him. Her hands flew to his chest, wrapping his t-shirt inside her fists. It was all the urging he needed.
Brendan pulled her body against his as his mouth ravished her. He stroked his hand down her spine, his other arm supporting as he leaned over her.
Her taste exploded inside his head, sending shockwaves through his system. It had been a long wait for this kiss, too long. He ran his tongue around her lips, savoring the moan that escaped her. Taking the bottom lip between his teeth, he felt her hands pull him closer as he gently bit down. Definitely worth the wait.
Kissing Julie was everything he’d envisioned and more. It was so easy to lose himself in her, forgetting everything but the woman in his arms. Julie. Desperate to feel her curves pressing against him, he pulled her closer.
Her moan swept against his mouth, kindling the fire inside him as her tongue tangled with his. Her naked desire triggered the primal beast inside, and the dull sting in his gums indicated his canines had extended. When he opened his eyes, he saw the distorted colors in the world around him, a sure sign they had changed to his wolf’s.
It was almost painful for him to retreat, but this wasn’t the way he wanted things. He would not let his wolf rule this situation. Even more than that, he didn’t want to frighten her. The memory of Julie backing away from him in fear would haunt him for a long time. He never wanted to frighten her again.
Closing his eyes, Brendan placed a quick kiss against the corner of her mouth and raised his head.
Julie remained mute but didn’t pull away. The silence lengthened until Brendan opened his eyes and gazed into her quizzical hazel ones.
“You missed,” she whispered. He stared at her, puzzling through her words. What was she talking about? And then it hit him. He’d told her he was going to kiss her injured foot and make it better. The end of his lips curved up in a smile.
“I did? My bad. I could always try again…” he trailed off, pulling her tighter against him. But Julie had other plans. With a stream of laughter, she pulled out of his embrace.
“Oh no. That’s quite all right.” She turned away from him, but didn’t get far before turning back, her eyes pleading with him. In that moment, he would have ripped off his arm and given it to her had she asked it of him.
Posted by Crystal @ RBtWBC at 12/19/2011 07:00:00 AM