Read an #Excerpt from Surrender: A House of Sin Novella by Elisabeth Naughton 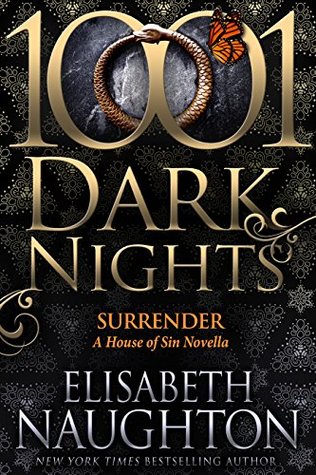 The leaders of my House want her dead.

The men I’ve secretly aligned myself with want her punished for screwing up their coup.

I’ve been sent by both to deal with her, but one look at the feisty redhead and I’ve got plans of my own.

Before I carry out anyone else’s orders, she’s going to give me what I want. And only when I’m satisfied will I decide if she lives or dies.

Depending, of course, on just how easily she surrenders...

She was temptation personified. Everything I was not supposed to be enticed by. And yet, one look at her pale skin, blond hair, and deep brown eyes behind that butterfly mask, and I knew I had to have her.
Not just because she was my target. Oh, this yearning had nothing to do with that. As I studied her across the ballroom in the skimpy black dress that showed off her tiny waist, voluptuous chest, and shapely ass, a fire built inside me, one that burned hotter and stronger than the reason I was here.
She was the sexiest thing I’d seen in all my thirty years, even with that ridiculous wig and those fake contacts. And before this night was over, I was going to feel those sexy legs wrap around my waist and draw me in. I would hear her scream my name as she surrendered to me...even if the name she screamed wasn’t really mine.
I crossed the black and white checked floor toward her, unable to stay still by the column where I’d been watching the masquerade party in the shadows for the last hour. The room was filled with wealthy men and the women they preyed upon, all hiding their identities as they met up, paired off, disappearing to the lower levels of the mansion for whatever debauched activities they could imagine. I was already considering which room I would take her to. Would hers be a high-pitched scream? The kind that threatened to shatter glass? Or a low, throaty sound that vibrated through every cell in my body and triggered my own release?
My mission where she was concerned was obvious. She was the eldest child of the head of House Merrick, centered in the U.K., one of the five main Houses spread across Europe that made up the Entente. The other Houses were in Germany, France, Spain, and Italy. For over a thousand years, the Entente had been controlling the world from the shadows—manipulating world governments, militaries, even currencies and economies all for their gain. Most people didn’t know they existed. Those that suspected something nefarious was going on behind the scenes were labeled conspiracy nuts. This woman, though, was making waves for the Entente without her father’s knowledge. She was part of what had been labeled the Resistance—those working to undermine the Entente and destroy its power. And my House—House Salvatici in Italy—wanted her stopped before she ruined everything.


Books in House of Sin 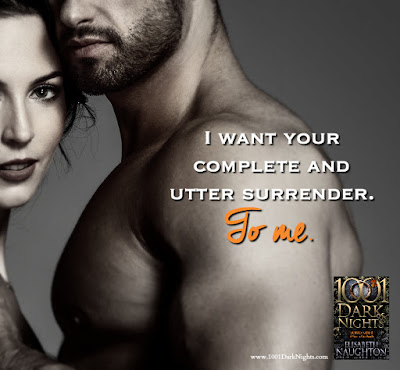