Today I would like to welcome author Michelle Scott who is joining us with a post I love about her novel. Straight to Hell. 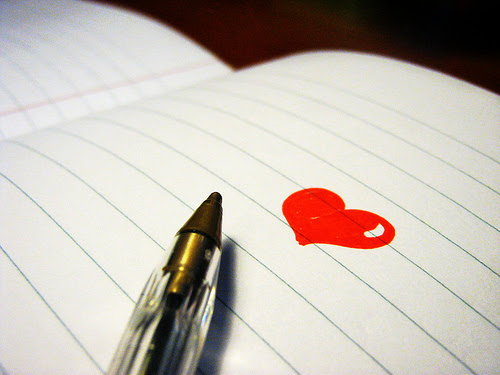 There’s real life, and then there’s surreal life.  As a writer, I’m familiar with both.  Or so I thought until my husband asked me a question:  “That guy in your book…is he me?”
Erm…
This has happened before.  Readers will sometimes comment on a particular character and ask if it is anyone I know in person.  The short answer is always, “No, of course not.”  I take things out of my imagination and make them real.  However, I do build my characters out of the people I know.  I piece those imaginary figures together like a Frankenstein’s monster: a pair of eyes from this one.  A generous spirit from this one.  A unique tattoo from someone else.
So, when my husband asked that question, I was surprised, but not completely at a loss.
Before I tell you what I said to him, let me explain about the book in question, Straight to Hell.  There are two men in that book.  One is a super-hot incubus named William whose heart of gold is buried deep beneath a hundred-year-old layer of superficiality and condescension.  These unpleasant traits are his armor against falling in love, something he’s been forbidden to do.  William can be charming, especially when he lets his human side show, and with the help of the heroine, a succubus named Lilith, he is learning how to once again be kind.  Maybe even, dare I say it, loving.
Guy number two is a cheating, know-it-all ex-husband whose only positive trait is that he’s a pretty good dentist.
So when my husband asked that question, I did a double take.  “You’re not the ex-husband, that’s for sure,” I told him.  “And you aren’t condescending or cruel.”  Maybe my hubby was the redeemed version of the incubus?  Then I remembered guy #3.
Guy number three, Tommy, is a spiritual advisor to Lilith’s scatter-brained stepsister.  Tommy is kind and patient.  He’s incredibly generous and looks out for people.  He’s the kind of guy who would drive in a snowstorm at three in the morning to fix your car that wouldn’t start.  He’s not the main love interest, but he is interesting.  Honestly, he’s my favorite character.
I told my husband that of all the men in the book, he most closely resembles Tommy, which made my husband happy and me happier.  After all, who wouldn’t want to be married to such a nice man.  (And remember, we’re talking real life here, not surreal life.)

The moment Lilith Straight dies, the Devil appears to claim her soul and cash in on a family curse. Now, Lilith has no choice but to work for him. The job is bad, the boss is worse and she can’t imagine how she’ll explain her new reincarnation to her eight-year-old daughter. But then an arrogant, yet oh so yummy, incubus shows up…and hell heats up just a little more.

Michelle Scott received her MFA from .  Her stories have appeared in such places as Orson Scott Card’s Intergalactic Medicine Show, All Possible Worlds and Realms.  Her fantasy novel, The Dragons of Hazlett was nominated for a 2009 EPPIE Award.  Michelle writes YA fiction as well as adult urban fantasies.  The sequel to her novel, Straight to Hell, will be released this spring.  You can read samples of her work on her website, http://www.mscottfiction.com
~*GIVEAWAY*~
Michelle is graciously giving away an ebook of her novel, Straight to Hell to two readers. To enter, just leave a comment on this post and then fill out the RaffleCopter below with your name and email address. Additional entries are available but not required. Good Luck!