Hi lovelies, I hope everyone is having a fabulous weekend and staying warm! I wanted to share two new cover reveals with you today.
First is Claire Ashgrove's Immortal Surrender, the second novel in her The Curse of the Templars series which I absolutely love! Claire will be stopping by tomorrow with the first book in the series, Immortal Hope, and I will also have my review up for it as well. 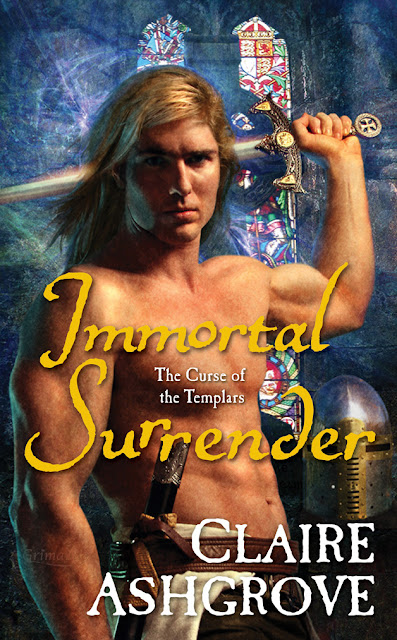 IMMORTAL SURRENDER
The Curse of the Templars, Book 2


Farran de Clare, a loyal member of the cursed Knights Templar, wants nothing to do with predestined mates. Even the Almighty won't turn him into a fool again--he'd rather sacrifice his soul. Yet in the scientist Noelle Keane, a devout atheist, Farran meets the seraph designed for him.

Ordered by the archangel Gabriel to protect Noelle, the possessor of a sacred relic that could give Azazel incredible power, Farran swears to do his duty--but in name only. Fighting an attraction that grows with each day, he's determined that he'll never pledge himself to her.

As they war over her future, their mutual passion ignites a conflict far more damning. But before Noelle will agree to eternity with him, she demands the ultimate sacrifice--his heart.

And next is the fabulous Tiffany A. Snow's second release in her Kathleen Turner series , Turn to Me!