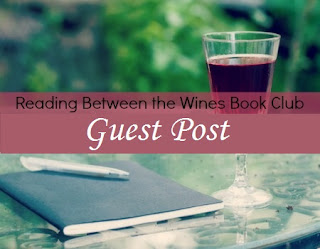 
We all know that it’s never a good idea to date your boss, but what happens when your heart doesn’t get the memo? A sizzling affair that (hopefully) won’t get you fired. If you can’t get enough of great office romances, then meet us by the water cooler to check out these newly released books that prove jobs can oftentimes come with great benefits.


Not Quite Crazy by Catherine Bybee

When they first meet, Rachel isn’t an employee and Jason isn’t the boss—she’s just a woman offering a man a ride in a snowstorm. Fast forward to some seriously cute text messages and a super-sweet date invite and these two are well on their way to couplesville. That is, until Rachel finds out that “Stranded Car Guy” is actually a part owner in the company that just hired her. Queue the relationship brakes. However, Jason isn’t just smart and handsome, he also has a knack for wooing a willing woman. With some well-timed gifts that include snow chains for her tires to an exotic trip abroad, Rachel is soon ready to forget Jason’s job title and just call him hers.

Rebecca has been Nate’s assistant for years, seeing him through the good times and bad. (Who do you think supplied the empanadas and tequila when his fiancée ran out on him?) Now the bad times are behind him and Nate has become Manhattan’s most recent billionaire, so what’s his first move? Buying a hockey team and transferring his intrepid assistant Rebecca over the bridge and out of his office. Why? Because he has loved her from afar for years and can’t stand her to be so close, yet so far away. But when Rebecca is hurt, suddenly distance isn’t the answer and Nate steps in to take care of her and hopefully...finally...win her heart.

Henry Osbourne, yes, one of those Osbournes, is rich, powerful, and used to getting what he wants—except when it comes to women. Kory, his one-and-only, left him years ago and he’s hardened his heart against further romantic entanglements. But then she returns and he vows there is nothing that will stand in the way of them being together.

Kory has never gotten over Henry and even after a decade she isn’t ready to face him again, so to protect herself she uses her job as an excuse to stay away. What’s a guy to do? Buy the company that is taking up so much of her time so he can give her a vacation. What can we say, all’s fair in love and war, especially when you’re a billionaire!

Booker is a tech genius, not a people genius, so how can he possibly create a dating app to help people fall in love? By surrounding himself with a gaggle of ultra-competent employees including his newest assistant Sasha. After several literal run ins, it is clear the two really don’t get along but both are willing to overlook their personal differences for the sake of launching Cupid’s Bow. When everyone in the company is required to anonymously login to beta test the app “Master” meets “Angel” and while they can’t see each other’s picture, they sure can heat up their smartphones with some not-so-suitable for work sexting. When the fog of lust clears, Booker realizes that his Angel is actually the his devilish assistant and he is ready to turn their on screen romance into a real life fling.

If you are looking to get out of Manhattan and away from Alpha billionaires, perhaps you will be interested in a sexy rancher who is all about working with his hands. Owning a sizable spread in Texas doesn’t allow Ethan a lot of downtime and he needs a nanny for his young kids. Leapfrogging from school to job to job has left Tori without direction...and money. It seems like they are the answer to each other’s prayers, however, a not-so-illustrious job interview has them both running for the door. Ethan grudgingly hires Tori—temporarily—for the sake of his kids never expecting the flighty party girl to stick around. But when Tori loves, she loves hard and falling for the two little ones in her care is a foregone conclusion. When Ethan sees the bond she develops with his children, he melts over the woman who has put his family back together. She’s a modern day Mary Poppins, he’s a hard working rancher who kills spiders for a damsel in distress, and their romance is an achingly sweet tale of second-chance love.

Morgan Doremus is a lifelong romance addict who loves anything with a happy-ever-after. Following her passion, she has worked as a publicist for several romance publishers and at the industry’s leading magazine, RT Book Reviews. She can be reached on Twitter at @MorganDoremus.