#Giveaway: And Then, I Died by May Sage 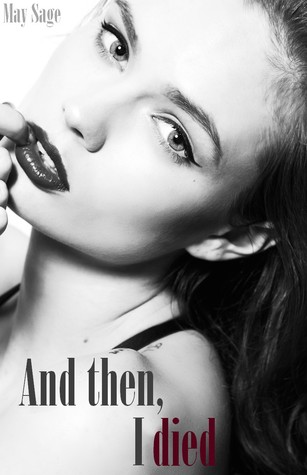 
“Eliza had been long murdered and buried by Beth.”
Yet, don’t let it fool you: this is her story.

She is Beth Carver – the Bitch. She’s spent her life trying to crush her fears and put the “Incident” on a leash. A broken heroine with the dark past who refuses to let it control her, Beth returns home to take a break from her lifestyle. She didn’t plan on a stranger living in her apartment.

Then, you’ve got Liam Slate – an actual genius. When he sees an issue, he identifies it, isolates it, solves it and sells the solution. However, there are two matters he can’t take control of: his growing desire towards his appealing housemate and the little problem of the target on his back. Someone wants him dead is growing very close to achieving it.
As strong as he is, he needs help and unexpectedly, Beth is the one to provide it.

Liam will be forced to question his past, his way of life, his friends and family, but Beth has a longer journey. The one she needs to understand is herself.


Once Upon A Time, there was a little girl who just loved telling her own stories. Fast-forward about two decades? Not a lot of change, there.

My mother's collection of novels extends to three rooms, the stepfather who raised me writes awesome short stories: really, I didn't have a choice, I caught a bug.

I absolutely love writing, and I thought it was past time I shared some of my work.

Now And then, I died is published, I am working on my modern Cinderella, Artless – a post-apocalyptic fiction which is going to be amazing – And then, I ran as well as Play with fire. That’s a handful, but oh well, I’ll sleep when I’m dead :P
Goodread  | Facebook 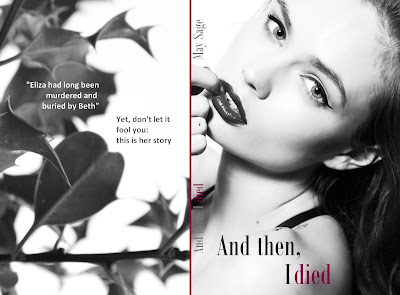 GIVEAWAY:
May is giving away one paperback copy of the book to one reader. To enter, just fill out the rafflecopter below. Good luck!