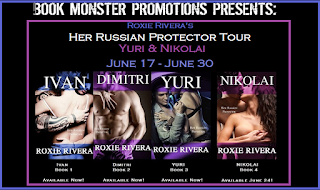 Now I would like to welcome author Roxie Rivera who is joining us with a new and upcoming release!


What happens when two people who are so very much alike find they can't their mutual attraction a moment longer?

That was the question that gripped me when I started writing Lena and Yuri's story. From the outside, they appear so very different. He's a polished, suave Russian billionaire playboy. She's a feisty Latina scraping by on an entry-level PR salary who hasn't had a date in months.

But, deep down inside, they have more in common than anyone would guess. While Yuri survived a miserable, neglectful childhood in one of Moscow's worst orphanages, Lena clawed her way out of Houston's most dangerous neighborhood. They've both earned their successes the hard way.

And they're both looking for real love. For the kind of love that will begin to fill the raw, empty, aching holes within them…

His bark of laughter made my tummy flip-flop. That boyish grin of his brightened his whole face and made him seem younger and less stressed. I ran my fingertips down his cheek. The rough stubble rasped my skin. "You should do that more often."
He took my hand and kissed my fingertips. "Do what, Kitten?"
I tried to ignore the way his pet name made me shiver inside. "Smile." I gestured to his wet hair and his relaxed posture. "I like you this way, without the bespoke suits and the army of handlers and the glossy photo-ready hair and face."
"It's a character." He rolled his shoulders. "It's what investors expect of me. Hell, it's what most women expect of me."
Not for the first time, I experienced the strangest sensation of knowing Yuri. Sometimes I felt like we were more alike than either could imagine.
"I know what it's like to play a character. I've been playing a role since I was a teenager. Fake it 'til you make it, right?" I dragged back the shower curtain and reached for one of the neatly folded towels on the shelf. I handed him one and took another for myself. "People see this polished, educated, well-spoken professional but deep down inside?"
The shadow of his painful past crossed his handsome face. "You feel like a fraud? You feel like an actor playing a role? Sometimes I find myself in the middle of a gala or some political event and I'm rubbing shoulders with the elite and wealthy and I just think—" He stopped himself and cleared his throat. "I don't belong there. No one there understands what it means to be me."
My eyes grew hot and I glanced away from him. He confessed all the things I'd been feeling for years. "I understand, Yuri."
"Yes, I know you do. Earlier you said I'm the only man you've ever dated who could understand what it's like to have a loved one in prison. Well, you're the only woman I've ever known who can understand what it is like to claw your way out of hell and into a boardroom."
The heady statement hit me with its truth. He was right. He'd escaped an orphanage where the boys were starved and neglected. I'd escaped a neighborhood where hookers turned tricks next to my school bus stop and drug dealers lived next door. By twelve, I'd dodged more bullets than most soldiers would on deployment.
Yuri slid an arm around my waist and hauled me tight to his chest. "The other day, Dimitri told me that he believes fate brought him from Russia to Houston, to that tiny apartment over Benny's old bakery. He believes that she was made for him. I'll admit that I thought that to be the silliest thing I'd ever heard but now…"
Gazing up at him, I asked, "But now?"
He brushed his fingers through my wet hair. "Now I'm standing here with you and I'm telling you things I've never told anyone and I feel like…" His voice trailed away as he searched for the right words. "Maybe Dimitri was right."
No man had ever said anything so romantic to me. I desperately wondered what I could say that would show him I was feeling the same thing but he traced my lower lip with his thumb and smiled down at me. In that moment, I realized that I didn't have to say anything. He knew.


When I’m not chasing after my wild preschooler, I like to write super sexy romances and scorching hot erotica. I live in Texas with a husband who could easily snag a job as an extra on History Channel’s new Viking series, a sweet but rowdy three-year-old with Tetralogy of Fallot, and Bosley, our Great Dane with major mommy issues.
I also have another dirty-book writing alter ego, Lolita Lopez, who writes deliciously steamy tales for Ellora’s Cave, Forever Yours/Grand Central, Mischief/Harper Collins UK, Siren Publishing and Cleis Press. 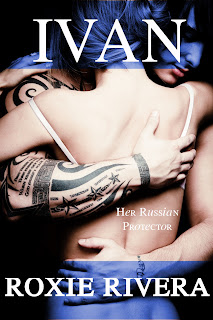 
Desperate to find her sister, Erin goes to the only man in Houston who can help her:  Ivan Markovic. The intimidating, tattooed Russian operates one of the most elite mixed-martial arts training centers in the world but it’s his shadowy past and reputed connections with Houston’s underworld that interest her most.
To find her sister, she’ll need the help of her big, scary Russian protector—but asking for help from a man like Ivan carries a steep price, one that might just include her heart. 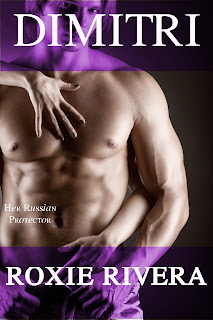 
Refusing to lose her brother to the violent Hermanos street gang, Benny turns to Dimitri, the dead sexy Russian who lives in the apartment above her family’s bakery. He’s the only man tough enough to get through to Johnny and save him from a life in prison—or worse.There’s nothing Dimitri won’t do for Benny, even if it means dealing with her troublemaking brother. He quickly realizes that it’s not just Johnny and his thug friends that pose a threat to Benny. A shady real estate developer needs to buy her bakery to secure a multi-million dollar deal and he’ll stop at nothing to make her sell.Threatened from all sides, Benny finds safety in Dimitri’s strong arms — and in his bed. Her big, sexy Russian has no intention of ever letting her go—and he’ll brave the fires of hell before he lets anyone harm her.

Reader’s Note: Dimitri is an incredibly passionate man with a dominant streak—and Benny is only too happy to indulge his need for a little…restraint. 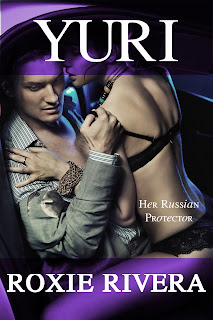 
While clawing her way out of Houston’s worst neighborhood, Lena vowed to never let any man have power over her. After a lifetime of broken promises from her criminal father and a mother who abandoned her, Lena believes that love makes you vulnerable. She’s never been tempted to test that belief…until Yuri.Sexy as sin and with a dark reputation, Russian billionaire Yuri Novakovsky survived a miserable childhood of poverty and neglect to ascend the pinnacle of success. He enjoys the perks of his massive wealth without much thought to the consequences…until Lena.When Lena’s father and cousin blunder into an international art theft operation, Yuri seizes his chance to be her protector. But when past misdeeds catch up with him and threaten Lena’s safety, Yuri puts her love and trust in him to the test.
He’ll prove he’s the man she needs—a man she can trust and depend upon—one sensual, wicked kiss at a time. 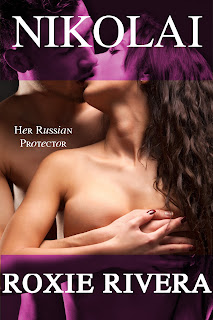 
After a brush with death as a juvenile delinquent, Vivian swore she'd never stray across that line again—but there's just one problem with her plan to stay on the right side of the law. She's completely, irrevocably and unabashedly in love with Nikolai, the Russian mob boss who saved her life.
From the moment Vivian appeared in his life on that tragic April night, Nikolai felt himself inextricably bonded to her. She's the bright light in his dark world and the only thing that keeps him from sliding deeper into a life of crime and violence—a mobbed-up life he can't escape no matter how hard he tries.
After Vivian is ripped from his arms in a brazen blitz attack, Nikolai will stop at nothing to get her back—but rescuing her and keeping her safe in his arms isn't enough. Suddenly, Nikolai's only chance to keep her safe is to do the one thing he vowed never to do—he'll drag her deeper into his shadowy world and bind her to him forever.
Because their tangled pasts are about to collide and the shockwave threatens to bring Houston's criminal underbelly to its knees…

Reader Advisory:  This story contains scenes of violence against women and frank descriptions of trafficking.

Coming June 24:  Amazon | B&N | Kobo | All Romance eBooks | Smashwords.
*This is not available for pre-order*

GIVEAWAY DETAILS:
Roxie is giving away the following prizes on her tour:

GRAND PRIZE:
Signed set of all four HER RUSSIAN PROTECTOR print books in a tote with swag
RUNNERS UP:
TWO (2) runners-up will receive a signed copy of IVAN and swag..