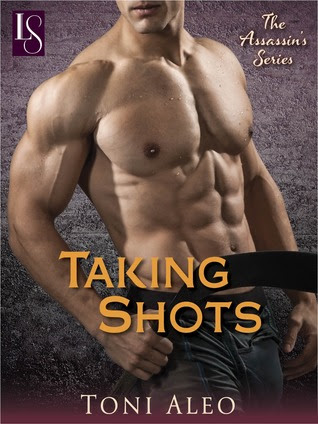 In Toni Aleo’s exhilarating debut, the first in a series featuring the hockey hunks of the Nashville Assassins, a reformed bad boy helps a charming, willful woman face off against the demons of her past.


No matter how hard she tries, Eleanor Fisher never thinks she’s good enough, from her job to her weight to her love life. After enduring years of abuse at the hands of an ex-boyfriend, Elli has been drifting through life in a daze. Until, that is, she meets Shea Adler on a promotional shoot for the NHL’s Nashville Assassins. Before Elli knows what’s happening, the gorgeous Shea breaks the ice and shatters her world.


A brilliant athlete inside the rink, Shea Adler is tired of the life he’s living outside of it: the girls, the money, the drinking. But everything changes when he meets Elli. After laying eyes on this feisty, witty, beautiful woman, he feels like he’s just taken the hardest hit of his life. No matter how skeptical she is, Shea knows they are meant to be together—if only he can convince Elli to put her insecurities aside throw her insecurities out the window before she misses out on a shot at love. 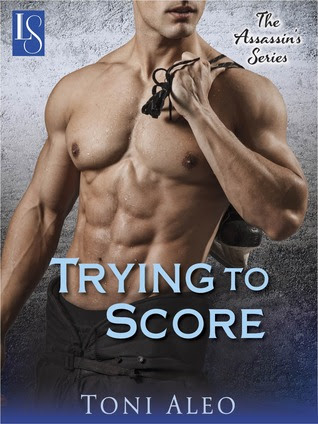 In a captivating novel of hockey and healing hearts, the newest member of the Nashville Assassins pulls a power play to make things right with the one that got away.


Fallon Parker’s dream has always been to turn her family’s wine company into a runaway success and eventually to start a cellar of her own. Since graduating from college, she has worked relentlessly to make that dream a reality, especially after taking a chance on love—and losing. By the time Fallon becomes an official sponsor of the Nashville Assassins, she feels like all her hard work is finally paying off. And then the man who broke her heart skates back into her life.


On the ice, Lucas Brooks is the NHL’s leading scorer—at least when he’s not in the box. Off the ice, he’s a mess, with all his anger and misery bottled up inside. He threw away the most important person in his life and has regretted it ever since. But when Lucas returns to Nashville in a trade, he’s determined to convince Fallon that he’s a changed man. The attraction is still there. The tension is electrifying. But the odds are stacked against them—especially after Lucas finds out that Fallon has been keeping a devastating secret.

Goodreads - Amazon - B&N
Check out the Sexy Snippet we have posted! 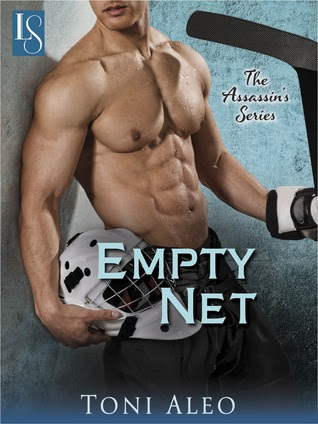 The chiseled men of the Nashville Assassins can make anything happen when they go all-out for the women they want—even turn a one-night stand into a happily ever after.


Audrey Parker is up against the boards. She’s stuck in a job she hates and pining for a total jerk. Meanwhile, her sister Fallon is moving out and getting married to hockey star Lucas Brooks. Where is Audrey’s Prince Charming? Nothing she does has ever seemed to be good enough for any of the men in her life. Audrey’s about to hit rock bottom . . . until she wakes up next to Tate Odder.


The thrill of moving up from the minors to the Nashville Assassins was a welcome distraction. But not even becoming the first rookie goalie to tally three shutouts in the Stanley Cup Finals alleviates the pain. With the loss of his parents and sister weighing as heavily on his soul as ever, Tate Odder can’t keep pretending he’s okay. That’s when he meets smart, sexy Audrey. Her gentle warmth and quirky sense of humor make him feel whole for the first time in too long. But to stay that way forever, Tate must find a way to accept his past and learn to live for love.

And, look for FALLING FOR THE BACKUP Novella & BLUE LINES in August!

Opposites do more than just attract in Toni Aleo’s latest Nashville Assassins novel about a very bad boy and the good girl he can’t resist.


The instant Piper Allen sees Erik Titov, she wants him—wants his rock-hard body, sure, but the strength and mystery that lie behind that superstar hockey jock demeanor, too. So when he sidles up to her at a bar and slinks his arm around her waist, she’s lost. What follows is the wildest night of her life . . . followed by inevitable heartbreak the next morning. And then, a few weeks later, a very big surprise: two blue lines on a pregnancy test.


Only a check to the head could make Erik fall for a nice girl like Piper. But since their crazy-sexy night together, he’s been trying to forget about her alluring body by falling into bed with every woman in Nashville, and it’s not working. So when Piper shows up at his house with a baby-bomb to drop, it doesn’t take much for Erik to suggest the nuclear option: marriage. While it’s supposed to be all for show, the second they say “I do,” the ice between them starts to melt into sizzling steam.

Hop along for more chances to win!