Hi again folks! We're back with a spicy historical western romance, Wild Lily. Please give a warm welcome to author Ann Mayburn who is joining us for a guest post and giveaway!

I find it ironic that perhaps the most liberated women of the wild west were the ones that worked in saloons as dance hall girls. I’m not talking about the women that sold their favors and worked in brothels or cribs. No, I’m talking about the women that worked in respectable saloons made their money by keeping men company in the predominantly male western towns of the frontier.
These women came from all walks of life including single mothers, widows, and women looking to start a new life often under a new name or identity. By working in a saloon they would earn far more than they could in any other job and the work was quite easy. Their man job at the saloon was to sing for the men, dance with them and talk with them while persuading them to spend more money at the bar or gaming tables.


A hard working saloon girl could earn as much as twenty dollars a week, a fortune for those times. They would often earn a cut of the profit for any drink bought for them and the bartender would make sure their expensive ‘shot’ was actually tea or some other non-alcoholic beverage so the saloon girl could keep her wits about her and the bar could make even more of a profit.

Dancing was common way for saloon girls to earn money, and I’m not talking about the bump and grind kind. ;) The dances would cost between 75 cents and 1.00 for a ticket and a popular girl could dance up to fifty times a night, if her feet could take it. The girl would split the money with the saloon and often make even more by having her partner buy drinks after the dance.

The saloons were also a popular place for the lonely cowboy to try to find a wife. He could court a dance hall girl with lavish gifts and attention in the relatively safe atmosphere of the saloon before asking for her hand in marriage. In fact saloon owners lost more dance hall girls to marriage more than anything else and would often discourage patrons from paying too much attention to one particular girl in order to try to keep them from falling in love. As you can probably guess love will always find a way and once married saloon girls were often embraced by the ‘respectable’ women of the town.


In my historical western romance, ‘Wild Lilly’, one of the secondary characters, Estrella, is a dance hall girl who hasn’t had an easy life. We meet her in ‘Wild Lilly’ and sometime in the future I’m going to write her book and I can’t wait to dive back into the world of saloons and the fascinating women that worked in them. :) 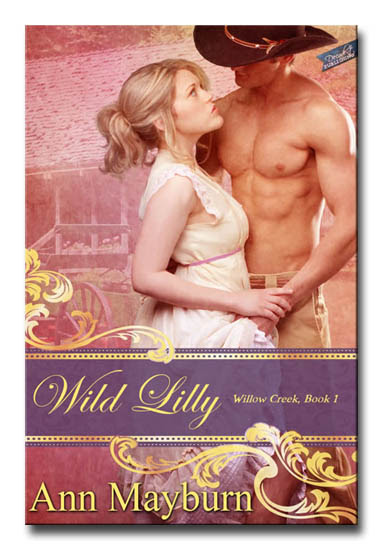 
When Connecticut socialite Lilly Brooks inherits land in Caldwell, Kansas, she finally has the chance to break free from the gilded cage of Victorian society and chase after her dreams of excitement and romance in the Wild West. Excitement arrives with angry Indians, smelly dogs, and drunken cowboys who won't take no for an answer. Romance comes in the form of a ruggedly handsome rancher named Paul McGregor. Too bad he calls her a whore within the first minute of their acquaintance.Paul has spent the last three years trying to hold his family and ranch together after the death of his parents. When he saves a stunning blonde, who he thinks is a soiled dove, he tries to do the right thing and get her work at a good saloon. He soon discovers the woman whose favors he would love to buy owns land key to his family's financial future. Paul decides to use his best weapon to win Lilly over and get her property: seduction.A wicked cattle baron wants Lilly’s land as well and threatens to kill anyone who stands up to him. Paul must decide what he needs more, the land or the beautiful and courageous, wild Lilly.


~*GIVEAWAY*~
Ann is giving away one ebook from Decadent Publishing, readers choice, including any of Ann's works! To enter, just leave a comment on this post and fill out the rafflecopter below!