Tuesday have to be one of my favorite days of the week because it is RELEASE DAY for some many great books! Today we are celebrating the release of Kiki Howell's Working Out the Kinks with a blitz!

Making an appointment with his ex-girlfriend under a fake name, David buys himself one hour to get her attention. Hoping to apologize and remind her of their time together, he intends to do whatever he has to in order to make Meredith, a practicing Wiccan, forgive him for being idiot enough to have listened to those around him which meant choosing his political aspirations over love.
Meredith is resistant to let David anywhere near her heart again. Desperate, David plays all his trump cards and suggests a sexual magick ritual which incorporates the BDSM lifestyle he and Meredith used to experiment with. The methods he uses may be unconventional, like sensory deprivation and sensation play intended to build trust and to achieve altered states of consciousness. But David is more than willing to do whatever it takes if he can just get Meredith to agree. 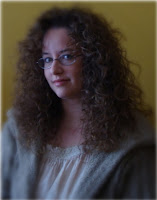 Kiki Howell Bio:
Ever since she was young, Kiki Howell has loved to listen to a well-woven tale with real characters, inspired plots, and delightful resolutions. Kiki could spend hours lost in a book, and soon she knew that creating lives, loves, and losses with just words had to be the greatest thing that she could do. To that end, she pursued her study of literature and writing, earning a bachelor’s degree in English. She then followed in a Master’s program in Creative Writing.
“After a long break having my boys, I finally just had to write again. And, as soon as I gave the stories the space, they entered it. It’s both awesome and humbling to find the words in my mind become characters on a page and create their lives.”
She has now had over twenty stories published between five different small presses.  She could not be more thrilled or grateful to see her creations polished and out in the real world. Please look around. Although, a bit of caution, most of her stories tend to hang out on the graphically sexy side of town.
Kiki resides in the Midwest with her incredibly handsome and talented, singer/songwriter husband and two children. When she is not writing, she is spending time with her family, reading, baking or knitting.
Her biggest dream is to have a novel she writes be made into a movie that her husband creates the soundtrack for, and then cruise to Alaska with her family on the money they make.
Website - Blog - FaceBook - Twitter