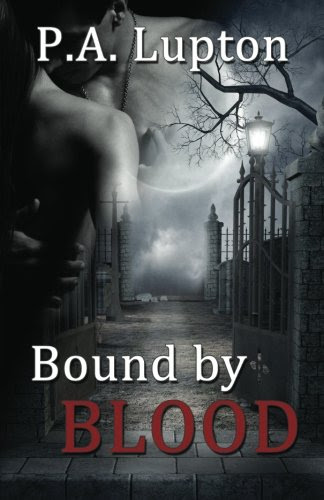 
FBI agent and psychic, Brianna Reece, descends from an ancient and powerful bloodline of witches, only she doesn’t know it. But now that legacy has come back to bite her—literally. In the shadows of night in Denver Colorado, a serial killer is hunting women, and FBI agent Brianna Reece is hunting the killer. Unlike any case she’s worked before, Brianna can’t ignore the prickling at the back of her neck when she glimpses the resemblance she shares with the victims. The investigation begins to touch even closer to home when it is revealed that all of the victims were also psychic. Complicating matters further, Brianna is captivated by the FBI’s prime suspect Nathan Donovan. Though she senses he is hiding something from her, the attraction she feels for him is compelling, and unlike anything she’s ever experienced. Through a chance twist of fate, Nathan learns of Brianna’s ancestry and is forced to divulge secrets to Brianna that will change her life forever. When she learns that the killer is an evil vampire, and he’s now set his sights on her, Nathan alone holds the key to awakening her dormant powers. Now he must race to teach her how to control her emergent gifts before she becomes the next victim.

Bound by Blood opens on Brianna Reece, a no-nonsense FBI agent, in a bar searching for clues surrounding a murder on a job she’s heard of but doesn’t officially start work on until a few days later. She’s clever, independent, good in a fight, oh and she’s also psychic. More accurately: she’s an empath and able to sense other people’s emotions.

This is a fast-paced novel that gets going almost immediately when Brianna finds herself facing a murder-victim who bears an unsettling resemblance to her. It becomes clear there is a serial killer on the loose and Brianna determined to find them out. Soon we are in the midst of a range of interesting characters from the forthright Brianna, to sexy Agent Morrison, to security-expert Nathan Donovan who seems to have a something to hide. Lupton has done a great job of making the characters believable and understandable, even when supernatural elements being to creep in.


There are definitely dark moments to this novel, some aspects of the deaths are troubling but resolved later when we learn more about the killer, but overall it’s fun, easy to read and engaging. Bound by Blood gripped me from the beginning, I didn’t just want to know who the killer was, I needed to know how Brianna was affected by these events.


Probably the best part of the novel was the use of mythology, Lupton has a new twist on it all which works really well and helps ground some of the more far-fetched moments. The only (very) slight issue was some problems with the editing where sentences and spellings were wrong, however it wasn’t enough to drag me out of the story but may be an issue for others.


Bound by Blood was an enjoyable read with thrilling moments to keep you wondering and plenty of interesting characters to keep you wanting more. The ending set us up for a next book, maybe a bit too obviously, but I’m interested to see where Lupton will take Brianna next!