Happy Friday everyone, woohoo FRIIIIDAY! Excited I am. LoL
So there was a lot of exciting bookish news today. First;

Karen Marie Moning has announce that she is currently working on a trilogy set in the Fever world featuring Dani, Christian and Ryodan. *Happy Dance* She states that it will not be a Y.A. which I know will make a lot of readers, including myself, who was concerned with Christian being in a Y.A. happy!
After that KMM will be working on TWO MORE BOOKS in the Fever series featuring Mac & Barrons!!!! It's okay to get up and do a little jig for that one! lol She also says that a lot of questions that haven't been answered yet, which she delights in torturing us with I think, will be answered in these books!
To find out more visit KMM's FaceBook page under 'My Notes'

Next up; Lori Foster's fourth book in her spectacular Men Who Walk the Edge of Honor series, The Perfect Storm, now has a blurb!

Spencer Lark already knows too many secrets about Arizona Storm, including the nightmare she survived and her resulting trust issues. But in order to expose a smuggling ring—and continue avenging his own tragic past—the bounty hunter reluctantly agrees to make Arizona a decoy. Yet nothing has equipped him for her hypnotic blend of fragility and bravery, or for the protective instincts she stirs in him.
Arizona wants to reclaim her life, which means acting as bait to lure the enemy into a trap. Sure it's dangerous, especially with a partner as distractingly appealing as Spencer. But as their plan—and their chemistry—shifts into high gear, Arizona may discover there's an even greater risk in surrendering her heart to a hero….

Release date it April 2012 at this time and I cannot wait! No cover as of yet, but it should be coming soon! 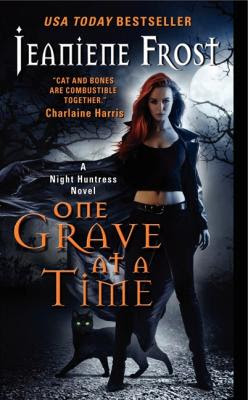 Jeaniene Frost (along with Melissa Marr and Kelley Armstrong) will have a signing in Ashville on Tuesday 8/30 for her latest Night Huntress release, One Grave at a Time at 7pm. If you can't make it, don't fret. Avon will be streaming the event live and readers will be able to ask questions and even purchase signed books!
To order a signed book from one or all of these fabulous authors visit Malaprop's Book Store online and to watch the event live go to Avon's website!

And last but not least, Dianne Duvall as put up a little quote from her upcoming release in her Immortal Guardians series, Night Reigns, on her blog. Go there to check it out! Night Reigns releases December 6th!