Read an #Excerpt from Sleeper by Lexi Blake 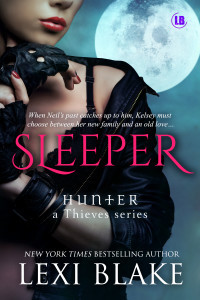 
When Neil’s past catches up to him, Kelsey must choose between her new family and an old love…

With tensions rising between the Council and demonkind, Kelsey finds herself investigating a series of murders that threaten the fragile truce between them. If she can’t stop these killings soon, they could ignite a fire sure to burn the supernatural world down.

Unfortunately for her, Kelsey’s problems don’t stop with a pile of dead halflings. Her connection with Marcus is frayed at best, and Gray hasn’t been heard from in months. Her only semblance of peace comes from a new man in her life. When Gray storms back into the picture, her love life goes from incredibly complicated to apocalyptic.

Just as Kelsey begins to unravel the mystery, the forces of Heaven decide to take an interest in her actions. Outclassed with these powers in play, Kelsey knows that one misstep could leave the human and supernatural worlds in ashes. 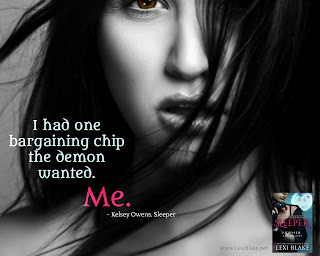