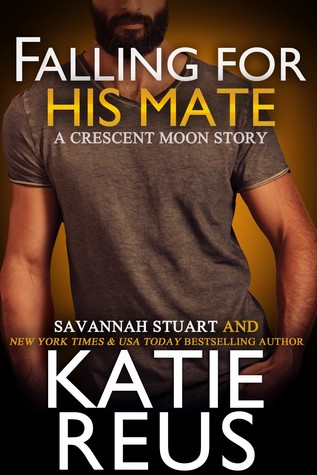 Second in command of the O’Shea wolf pack, Andrew Reid screwed up and let Charlotte walk away from him. Now that he’s come to his senses, he’s determined to win her back, no matter how much he has to grovel. Because she’s a woman worth fighting for.

She’s not willing to trust him again.

Charlie thought Andrew was different from other males, that what they shared was real—that their connection was the rare mating pull. But a true mate wouldn’t have ghosted on her the way he did. So no matter what he wants, she’s not playing his games. To capture her heart for good, he’ll have to prove he’s worthy of a second chance. Even if that means he has to give up everything, including his pack.


Linda's Thoughts:
Ever since meeting Charlie… his entire world was off its axis…

Holy Moly! Falling for his Mate by Katie Reus hit all the right notes for me with cherries on top! My wish list was for a well-written, well-plotted, relatively quick and light romance with a guaranteed happy ending. To that end, I perused the titles I’d not yet read on my kindle, saw that this book was written by Katie, one of my favorite authors, and opened it. Voila! I started reading it last night and couldn’t put it down until I’d read every luscious word. Falling for his Mate was the story of two wolf shifters: Andrew Reid, second in command of the O’Shea wolf pack in South Carolina, and Charlotte aka Charlie, a she-wolf in the Kincaid pack in coastal Orange Beach, Alabama.

As the story opens, Andrew was on his way to Orange Beach as one of a set of temporarily traded pack mates. Andrew had volunteered for the task so he could see Charlie again and, hopefully, make things right between them after he’d majorly screwed up with her. He doubts that he will receive a warm welcome from Charlie…. And he’s right.

Charlie had attended her friend’s baby shower held in the O’Shea wolf pack’s compound weeks ago. While at the shower, she had met Andrew and her wolf knew immediately that he was the one for her. They had a great few weeks together and were talking about how to make their relationship permanent. She thought she and Andrew were on the same page about this. Charlie had finally headed back to her O’Shea pack banking on Andrew’s promise to attend the opening of her beauty salon there –the culmination of one of the most important achievements of her life. She couldn’t wait to see him again and announce to her pack that she’d found the one for her. But… he was a no-show with no-word, having cut off all communications with Charlie with no explanation as to why. Charlie felt betrayed and was deeply hurt.

I liked both Andrew and Charlie from the get-go. They were great together until Andrew majorly messed up. I could fully understand why Charlie wasn’t open to second chances. But, Andrew was so sweet and so determined and, OMG, out of control as he worked at wooing her again.  I couldn’t help but pull for him… even as ornery as he’d been.

LOL! One of my favorite scenes involved some major groveling. I would imagine that picture will stay with me for a long time!

Following please find a few of my favorite quotes from Falling for his Mate:

"I want to make it crystal fucking clear that you’re it for me… I screwed up before. Big time. I own it. And now I’m going to win you back."
---

“Been waiting for me?" she asked, going up on tiptoes as she reached him...
"You're two minutes late," he said against her lips.”
---

“I can think of a few ways I wouldn't mind you taking control." He dropped his voice a few octaves, making his already deep voice even more delicious.”

I’ve been unintentionally reading the series out-of- order. Even though this is the sixth book in Katie’s Crescent Moon series, I can attest that it can be fully enjoyed as a stand alone. The romance is fully self-contained within this installment.

Falling for his Mate is another addictive read by the amazingly talented Katie Reus who also writes under the name of Savannah Stuart.  I never fail to connect to her characters and to be engrossed by her stories. If you enjoy fun paranormal urban fantasy romances spiced with sexy times, I’d highly recommend that you check out Katie’s Falling for his Mate and her Crescent Moon series!