More Than a Touch by Alexis Morgan (Guest Post)

Today I am pleased to welcome author, Alexis Morgan, who is joining us with her recent contemporary romance - MORE THAN A TOUCH!


If He's This, She Must Be That

When asked how I approach storytelling, I usually describe myself as a hero-centric writer. That's because I almost always "see" the hero first when I'm developing a new story or even a new series. Most recently, I started off my Snowberry Creek series with the soldiers who would form the centerpiece for the first three books. Once I got to know them, I could begin to piece together the town and the people who live there, and more importantly, the heroines.

That doesn't mean the women in my books aren't equally important to me and to the story I plan to tell. If the heroine is nothing but a cardboard cutout, a surface image with no depth, then the hero's story will never work. He can only be as memorable as she is. Certainly the heroine must be strong in her own right, with her own agenda, interests, desires, and back story.

I thought long and hard about what characteristics the heroines in the first two Snowberry Creek books should have. There are traits that I think all strong heroines should have, but some were ones I specifically wanted to emphasize with these two women.

The first trait is intelligence. I can't tell you how many people I've heard complain about a book because the heroine suffered from too-stupid-to-live syndrome. I spend a lot of time with my characters, first in my head and then in getting their stories down on paper. If they aren't interesting enough to hold my attention, I can't expect my readers to like them very much either.

Another important trait is a great sense of humor. A shared laugh between the characters, especially in the darkest of moments, can create an amazing connection between the two of them. It relieves tension, helps them to deal with their emotions in a difficult situation, and lets even the reader smile. I think that's important in a story that deals with painful issues like PTSD or a person's ability to recover from a life-changing injury.

I knew that in these stories that empathy would have to play a large role in the relationship between the heroine and hero. In the first two books, Leif and Nick have a lot on their plates: transitioning back to civilian life, the effects of multiple deployments, and facing uncertain futures. As is often the case, these men are not the best in communicating what's going on in their heads and their hearts. It's the heroine's ability to break through those barriers and understand him anyway that gives their relationship a chance to develop.

In MORE THAN A TOUCH, Leif Brevik is struggling to recover from a wound he received while deployed in Afghanistan. Zoe, who oversees his care, is a former army nurse and knows all too well the kinds of issues he's dealing with. But with these two, that road goes both ways. Leif's own experience allows him to understand that Zoe has her own unresolved problems stemming from her time in the service. She doesn't just heal him. They heal each other.

Finally, I also like a heroine who likes chocolate as much as I do. Or maybe she has a thing for a particular actor (I vote for Karl Urban), or loves a pro football team enough to yell at the television when the game isn't going their way. Maybe she has a thing for collecting gargoyles or she likes to knit. Those kinds of details that give her depth. In other words, I want her to be a complete person before she meets the hero with her own strengths and weaknesses.

How about you? When you think about your favorite heroines in a romance, what characteristics does she have to have to make you want to root for her to find love from the first time you meet her on the page? 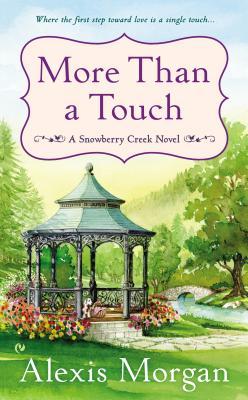 In the town of Snowberry Creek, there is always hope....
Wounded in combat, Leif Brevik is haunted by survivor’s guilt. For the first time in his life—unsure if he still has a military career in his future—he feels completely lost. So when a war buddy calls for help with restoration of their fallen brother’s house, he jumps at the chance to regain a sense of purpose.
Zoe Phillips is assigned to monitor Leif’s physical therapy while he’s in town. But she’s a former military nurse, and she senses that his wounds are more than just physical. As she pushes the handsome soldier to open up, the connection between them deepens beyond the professional facade she tries to maintain.
And as Leif begins to put down roots in her beloved hometown, Zoe realizes that maybe having him around is exactly what she needs to heal her own wounded heart as well.... 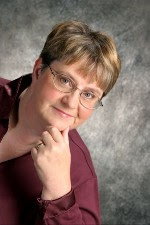 USA Today Best-selling author Alexis Morgan has always loved reading and now spends her days imagining worlds filled with strong alpha heroes and gutsy heroines. She is the author of more than thirty books, novellas, and short stories that span a variety of genres: American West historicals (as Pat Pritchard); paranormal and fantasy romances; and most recently, contemporary romance. Alexis has been nominated for numerous industry awards, including the RITA© from the Romance Writers of America, the top award in the romance genre.