To Wed a Wicked Highlander by Victoria Roberts (Interview/Giveaway)

I am in the mood for something...*pulls out a bottle of red wine*
Nope, maybe white? *looks at other bottle*
Nope...Kilts! I am in kilt depravity! Good thing our guest today has a few, welcome Victoria Roberts!

Lexi: Ah, there we have it. Three muscled men standing there in kilts, perfect. Hard to believe that book three of the Bad Boys of the Highlands is already out! Congrats on the quick releases! As a reader it is always nice to not have to wait a year between books. Did it feel quick to you?
Victoria: Thanks so much for having me today at Reading Between the Wines, always a pleasure.

I know! I can’t believe the third book is here already. Sourcebooks did me kind. I. Love. The. Cover. *dreamy sigh* As far as time, Temptation in a Kilt felt like the longest to release, especially since that was my debut. I think that’s true with all debut novels though. I do know that I still get giddy with excitement every time my baby hits the shelves. It’s so exciting to see all the hard work completed and wrapped up in a “nice” package on a display case. And I must say, I think Alex looks verra nice. ;-)

Lexi: The blurb for To Wed a Wicked Highlander promises the baddest boy yet. Did you have fun making Laird Alexander a bad boy we will fall in love with?
Victoria: Alexander was so much fun to write. For anyone who’s read my novels, you know family dynamics play a large role. I think Alex and his relationship with his Aunt Iseabail will pull at a few heartstrings along the way.

Lexi: Looking at the covers makes me want to travel around Scotland and find my own kilted hero. Have you been to Scotland?
Victoria: Unfortunately, I’ve never crossed the pond. I have two kids under the age of twelve and both have threatened that I can’t go without them. For now, I have to live vicariously through my friends, books, internet, etc. But…I will be traveling to Belgium with my sister this October. Castle tours are on the itinerary. I’ll also be searching for some serious inspiration no doubt!

Lexi: You and me are in the same boat. But I can experience through reading your series, a little piece of medieval Scotland for me. I do hope that you have plans to continue this series. Books one and two were reviewer Top Picks after all. How excited were you to hear that news?

Victoria: I’d really like to continue the series. Readers have e-mailed me and book clubs have actually called me out. They demand I write about James and Colin. lol I’ll see what I can do. In the meantime, I’m working on a new series called Royal Rebellion. The first book in the series, My Highland Spy will be released fall 2014.
I couldn’t believe RT nominated Temptation in a Kilt for a Reviewers Choice Award for Best First Historical. I. Was. Shocked. Being nominated was quite an honor, even more so when X Marks the Scot and To Wed a Wicked Highlander were chosen as reviewer TOP PICKS. I was elated by the news. My family just shook their heads as mom did a happy dance, something you surely don’t ever want to see. To be honest, I’m usually in my writing cave so it’s wonderful to take time to enjoy good news when it happens.

Lexi: Good luck on book three being picked as well! Thanks for stopping by the blog today Victoria, and for the kilts!
Victoria: Thanks for having me today, Lexi. I hope you and your readers continue to enjoy the series. 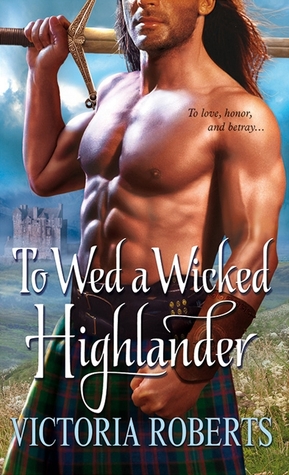 She always wanted to be one of the boys...Sybella would do anything to prove she's just as valuable to the MacKenzie clan as her brother is. She'd go on any hunt, take any dare. But her father has a different sort of mission in mind: marriage. It's simple, he explains. All she has to do is marry Alexander MacDonell and report back on his family's secrets. It will be easy, he says, as long as she doesn't do anything foolish...like fall in love.Until she got a manAs laird of the MacDonells, Alex has a duty to produce an heir. It's a duty he won't mind with the lovely Ella as his wife―even if she is one of the dreaded MacKenzies. He's wooed and won many ladies, but Ella is a challenge like no other. He can tell she's holding something back. But not for long. Because inch by inch, he plans to expose everything she's been hiding and claim the ultimate prize: her heart.

Praise for To Wed a Wicked Highlander:
Reviewer Top Pick
“Victoria Roberts knocked it outta the ballpark with this one!!! It is Highland romance at its best, loaded with likable characters, and an engaging plot with lots of angst and heartache that put a few tears in this reader’s eye. It was so good that I couldn’t put it down.”
―Night Owl Reviews
Reviewer Top Pick

“Roberts has created the baddest boy of the Highlands for her third in her series. This action-packed romance has everything Roberts’ fans adore: a strong heroine who meets her match in a to-die-for hero, deception, betrayal, love and redemption. To Wed a Wicked Highlander has all the elements that make readers sigh with pleasure.” 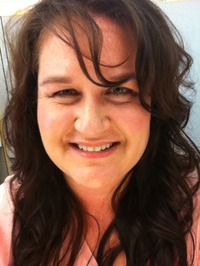 Victoria Roberts writes Scottish historical romances about kilted heroes and warriors from the past. She was named by RT Book Reviews as "one of the most promising debut authors across the genres" and was also a 2012 Reviewers Choice nominee for Best First Historical for Temptation in a Kilt.X Marks the Scot and To Wed a Wicked Highlander (Bad Boys of the Highlands #2 and #3) were reviewer TOP PICKS, and the first of Victoria’s new Royal Rebellion series is scheduled for release fall 2014.
Represented by Jill Marsal of the Marsal Lyon Literary Agency, Victoria is a member of Romance Writers of America®, Celtic Hearts Romance Writers, several local chapters, as well as a contributing author to the online magazine Celtic Guide.
Victoria lives in western Pennsylvania with her husband of twenty years and their two beautiful children—not to mention one spoiled dog. When she is not plotting her next Scottish romp, she enjoys reading, nature, and antiques. She also drags her clan to every Scottish festival under the sun.


~*GIVEAWAY*~
Name your favorite vacation spot, leave it in a comment and fill out the Rafflecopter. Sourcebooks will give away one copy of To Wed a Wicked Highlander to a lucky commenter.
(US and Canada only, please)