My guest is a tall lean figure dressed in all black and in a glance I decide that he is the epitome of the word robust. The snug plain tee-shirt doesn’t hide the contours of his muscular build. The dark of his denim jeans is broken only by the silver studded belt. My eyes trail down to his brand-name leather biker boots, complimented by the gleam of a silver chain. Gliding upward, my gaze takes in the various leather wrist items, and the loop of white gold in his brow. His hair is soft-looking waves of shiny black that brush his shoulders. “Hello,” he says. His voice is low, the kind of voice you want whispering naughty things in your ear. He shakes my hand politely. His touch is warm, his grip firm, before he takes a seat in the comfy chair across from me. There is something around him that I can only describe as heat. He exudes both that hot sense of raw desire and the warmth shared between close friends and family. It reminds me that he is both a beast and a man, and it is that duality which affords him this in-the-moment liveliness. His spontaneity is contagious. I suddenly want to trade my skin for fur and go run in the woods with him.

Linda: Tell my readers a little about you.

Johnny: (shrugs) There’s lots of things I have to do. Lots of shit I deal with. That’s life; situations come and go. Who I am at my core won’t change because of any of that crap. So, you wanna know about me, about who I am? I’m a wærewolf. I like to rock-n-roll.

Linda: All right. What do you for fun, besides rock-n-roll?

Johnny: I like filling up the tank on my motorcycle and riding ‘til its empty. Everyone knows life is a journey, but most don’t want to venture out of familiar surroundings and take unknown roads. There’s so much out there to see. The world is like a museum piece when you sit in a car. It’s behind the glass. On a bike, though, it’s right there beside you. You don’t just see it, you smell it, taste it, experience it.
Linda: That’s very philosophical.

Johnny: (Grins so broadly that dimples appear in his cheeks.)

Johnny: Lycanthropia is a three-piece band. I play guitar and sing. There’s also a drummer, and a bassist who does the techno programming. We play originals that mix the best elements of metal with techno and some goth styles. (winks) You should come and see us play sometime.

Linda: What does music mean to you?

Johnny: If food nourishes the body, and religion feeds the soul, then music is the sustenance of the mind. Music is like a thought or a realization; it isn’t tangible, but it can make you react, make you feel strong emotions. Go listen to Hans Zimmer’s Injection sometime and tell me you aren’t moved. There’s power in rhythm, in melody, in a voice—and I don’t mean just human voices. The howls of my kindred move me, too. You can hear joy and sorrow in the sounds they make if you just listen. Take those sounds, add a beat and you’ve created a mood. Push those boundaries, change the key, and you give people chill bumps. You bring them to feet, dancing. You make them cheer, or weep. Music is incredible.

Linda: Someone told me you were an innuendo dropping fool, but you seem quite thoughtful.

Johnny: (laughs softly in a low, yummy tone) Don’t underestimate me. I’m both. 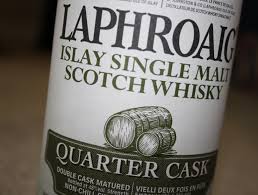 Johnny: Laphroaig. I don’t drink much, but when I do, that’s all I drink.

Linda: Truck or a smart car?

Linda: I can see you don’t take directions.

Linda: (melting inside) Tell me about Persephone

Johnny: She’s amazing! Sexy, sweet, strong, smart. I met her once and I was done for.

Linda: How did you know? 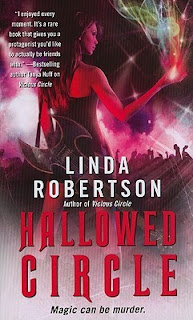 Johnny: There was no way to ‘not know.’ She’s even-tempered unless she has cause not to be. She believes in the peaceful integration of wærewolves. She never walks away from responsibility.  And she lets me take charge in the kitchen. All men should be so lucky to have a woman that is strong enough to take the lead when she needs to, and smart enough to step back and let her man take over when the situation plays to his strengths. And did I mention she’s totally hot? I mean smokin’ hot. And, God, when she kisses me…

Johnny: It’s very, very good to be me.

Linda: Even with the whole Domn Lup thing?

Johnny: (He hesitates, becoming more serious.) If not for Persephone, I wouldn’t be accepting the position as King. Because of her, I’ve realized that running from that role isn’t in the best interests of the wærewolf community. Sometimes, what you’re meant for in life isn’t what you’d choose for yourself. Whether that makes you or breaks you…is often found in the people you surround yourself with. With her beside me, I can’t fail.

Linda: What’s next for you and Persephone? Do I dare to ask about Menessos

Johnny: Next? I know I’m going to get my crown soon, but other than that I wouldn’t venture a guess. There are too many opposing factions to deal with. As for…him…I can accept that she and I and…that vamp…have to work together. I can accept that as I take my role and she takes hers there are pros and cons that come with it—including certain responsibilities and alliances neither of us would have ever sought out. I can accept it. I don’t have to like it.

Linda: Well, thanks for coming out to talk to me today.

Johnny: My pleasure. (slides some concert tickets towards me and winks) See you at the show. 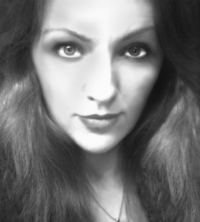 I'm the author of the Persephone Alcmedi series for Pocket/Juno books, including VICIOUS CIRCLE and HALLOWED CIRCLE,FATAL CIRCLE and ARCANE CIRCLE. I used to be the lead guitarist in an almost all-girl metal band, now my fella owns his own guitar manufacturing company. (Strictly 7 Guitars) I love sci & fantasy movies, stand up comedy, and margaritas.

Giveaway:
Linda is giving away a signed copy of WICKED CIRCLE & SHATTERED CIRCLE to one reader! (Continental US only address) To enter, just fill out the rafflecopter below and then be sure to enter in our Rock Star Giveaway at the end for more great books!