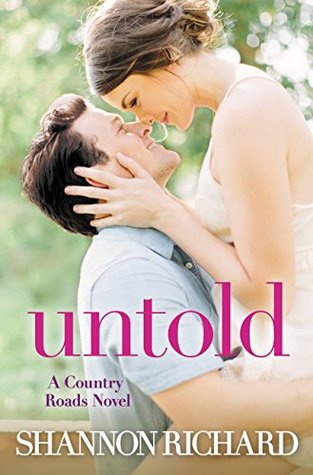 Brie Davis came to Mirabelle, Florida, for one thing: the funeral of her birth mother-a woman she never had a chance to know. Now Brie must sort through her mother's life to get the answers she was denied. She plans to leave as soon as she can . . . except the sexy veterinarian makes Brie's pulse beat faster than she's willing to admit.

Finn Shepherd knows Brie's only in town for a short while, but he can't stay away. Instead he finds himself looking for more reasons to keep her close. Finn's already had his fair share of heartbreak, yet Brie makes him want to take that risk again. Now all Finn has to do is convince her to take a chance on him . . . before she disappears from his life forever.

“Are you leaving soon?”
“In a bit. I want to see the end of the game.”
“Really now?” He leaned in close to her again. And for what was probably the fiftieth time that night she could smell the clean masculine scent that clung to him. Soap and maybe a little aftershave combined with him. He smelled incredible.
So. Damn. Good.
“Yeah, I’m a Stampede fan now. I’m in it to win it.” She couldn’t stop herself from leaning in a bit closer herself.
“Commitment, I like it.”
“Yeah?”
“Yeah.” His smile grew and his eyes got more intense, the blue getting deeper. “It’s not the only thing I like either.”
“What else do you like?” Her voice dropped low as she spoke. Oh God, the more time she spent with him, the more he affected her. The closer he got to her, the more he affected her. The more he looked at her, the more he affected her.
He just affected her.
“About you? The list keeps growing, and growing. Give me twenty minutes and I’d be happy to tell you about it. In great detail.”
Her stomach flipped and the air in her lungs caught. This time her inability to breath had nothing to do with suffocating pressure. “What happens in twenty minutes?” She somehow managed to ask.
“The game is over.” He turned just a little bit so he could incline his head toward the TV, not taking his eyes off of her while he did it.
“You don’t need to stay here? Until closing?”
“Nope, just came in to help with the rush during the game. I’m free after that.”
“Right,” she nodded slowly, her stomach doing a summersault. “And if I said yes? What happens then?”
He moved back so that he was standing directly in front of her again, leaning in close. The nearness of him combined with the way he was looking at her and the topic of conversation—that she was 99.9% sure was one about them having sex—was making her pulse race. And that wasn’t the only thing he was doing to her. It was taking everything in her not to squirm in her seat. She somehow managed to subtly press her thighs together. It was all she could do to combat the swelling ache. 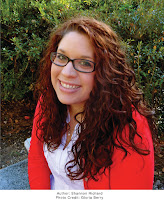 Shannon Richard grew up in the Florida Panhandle as the baby sister of two overly protective but loving brothers. She was raised by a more than somewhat eccentric mother, a self-proclaimed vocabularist who showed her how to get lost in a book and a father who passed on his love for coffee and really loud music. She graduated from Florida State University with a BA in English Literature and still lives in Tallahassee where she battles everyday life with writing, reading, and a rant every once in a while. Okay, so the rants might happen on a regular basis. She's still waiting for her Southern, scruffy, Mr. Darcy, and in the meantime writes love stories to indulge her overactive imagination. Oh, and she's a pretty big fan of the whimsy. www.shannonrichard.net