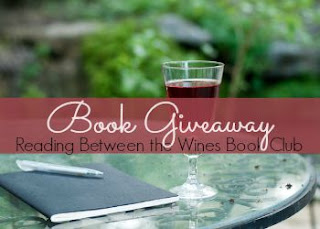 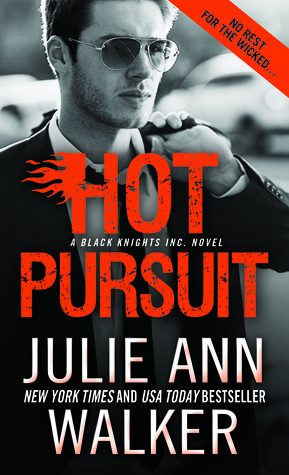 So many questions buzzed through Emily’s brain that she felt like she’d shoved her head in a beehive. She had to grit her teeth to keep from asking them.

And why the hell wouldn’t he stop rubbing her hip? Warmth had spread from the skin beneath his hand, and now her whole body was suffused with it.

“Is she the reason you stayed in England after Boss invited you to join him at Black Knights Inc.?” she asked.

The look he shot her had her lifting a brow. “What?”

“That’s the second time today I’ve thought you were either a mind reader or else practicing witchcraft.”

“Really?” The thought delighted her. “When was the first time?” Then reality sank in. Shit, that was question number three. “Never mind!” She slapped a hand over his mouth. “Don’t answer that.”

His eyes sparkled mischievously. He’d tried using her own technique against her, piquing her interest so she’d use up her truths.

“I’m not the only one who fights dirty,” she accused.

“And don’t you forget it,” he parroted her words back to her. Then he placed a hot kiss in the center of her palm.

She snatched her hand away, dropping it into her lap. If he noticed that she curled her fingers, trying to hold on to the heat of his kiss, he gave no indication.

“So out with it,” she demanded. “Is your mother the reason you stayed in England after Boss invited you to join him at BKI?”

“Yes.” His nod was perfunctory. “After I was let go from the SAS, when I was trying to make my way as a civilian, I moved back in with Mum. After Dad died, she didn’t only get soused on the weekends. She did it all day every day. Held on to the bottle like a lifeline. She was self-medicating, of course. When she was pissed, she could forget she’d been the one behind the wheel that night. But miracle of miracles, with me back home looking after her, suddenly it seemed like she was trying to pull her shite together. She stopped spending all her government support checks at the pub and instead started buying decent food for the flat. She even went ’round to the local Jobcentre offices and applied to be placed in a position.”

From the tender age of six, he’d lived with a drunk mother and a dead father.

That wasn’t Rice Krispies. That was the foundations of Emily’s walls. Because she got it.

Her parents might not be drunks, but she knew all about addiction. Her mother and father were both addicted to love, addicted to the high it brought them. They’d sought it with single-minded determination, and their searches had, more often than not, left Emily all alone.

“Then one night, about three months after I got back, I found her in an alley,” Christian continued. “She was half frozen, half dressed, and totally piss drunk. And that’s when I knew.”

He stopped there. Didn’t say another word for a full minute, simply stared into space.

Even though she’d used up her three truths, Emily posed a question anyway. “What did you know?”

Christian turned to look at her. There was so much sadness in his eyes that her heart lurched toward him, and her arms were around his neck before she could stop them.

“That I couldn’t change her,” he said, his voice deep and husky. “That I couldn’t help her, couldn’t save her. And she was too far gone to have any hope of saving herself. So, I trundled her off to the best rehab facility in the country the next morning. It cost all my savings to get her in a six-month program. Then I bought a one-way ticket to America. Got on that plane with nothing but a change of clothes in my rucksack and a paltry roll of pounds secured by an elastic band.”

Emily desperately wanted to know what had become of his mother, if she had ever sobered up, how she’d died. But she’d already pushed her luck and gotten one more truth than he’d agreed to give her. So she bit back the questions poised on the tip of her tongue and said simply, “I’m so sorry, Christian.”

Although sorry didn’t come close to describing what she was feeling for him in that moment. She wasn’t sure there were words in the English language that could do her emotions justice.

Then, because he had given her one more truth than he’d agreed to, and because her emotions were running high and she felt she should do something, she decided to answer the last question he had posed. After all, turnabout was fair play. She prided herself on being an equitable woman.

“I can’t imagine what it was like to lose a father so early in life,” she said, playing with the ends of his hair where it brushed the back of his warm neck. “Or to know what it was to grow up with an alcoholic mother. But like you, I’m sort of the collateral damage of my childhood.”

His dark eyebrows slashed into a vee. “What do you mean?”

“You asked me to explain to you what I couldn’t explain to Richard. Why I couldn’t fall in love with him.” Part of her mind was on the ugly truth she was about to reveal; the other part was distracted by the feel of his hair between her fingertips. It was so soft. Strange for a man who in all other respects was the epitome of hardness. Hard body. Hard head. Hard…ahem. “I’m willing to give it a try.”

The look he sent her was guarded.

“But I want to make another deal with you,” she said.

“I want you to let me go back over to the sofa.” His pretty green eyes narrowed. “What I’m about to tell you is important, and I need to be able to concentrate to get it right. To explain it right. I can’t concentrate when we’re like”—she motioned between them—“this.”

One corner of his mouth twitched. “Why not?”

Her pursed lips told him you know why without having to say the words.

Indulge me, his twinkling eyes answered.

She blew out a windy breath. “You’re distracting, okay? You’re all…” She waved a hand to indicate his entire form. “And it’s distracting.”

Not to mention destructive. As in, sitting on his lap, his arms around her, her arms around him—when had that last thing happened exactly?—was destroying her emotional fortifications, ripping them apart brick by brick until it was hard to remember why she was so determined to keep him at arm’s length.

“You do want me.” A satisfied grin kicked up the corners of his mouth. That mouth that she now knew from experience was magic. If she was a witch, then he was definitely a warlock. A sexy, tattooed English warlock.

She clucked her tongue. “Ah, ah, ah. Your arrogance is showing again.”

“Admit it,” he demanded.

“Okay, I admit it. You, sir, are arrogant.” Devilment had her fighting a grin.

“Admit that you want me, woman. I’m not letting you go until you do.”

“Fine.” Her frustration had her raising her hands and letting them fall back into her lap. “I want you. What red-blooded heterosexual woman wouldn’t? You’ve got that whole unholy trifecta thing going for you.”

“Tall, dark, and handsome,” she explained, touching his chin dimple. She couldn’t get enough of it. “Plus, there’s the accent.”

“Whatever. The point is that it doesn’t matter that I want you; I can’t have you. And I’ll try to explain why if you’ll let me go back over to the damned sofa!”

She clamped her mouth shut, heat flooding her cheeks when she realized he’d gotten under her skin and made her lose her shit. Again. He had an unnatural knack for it.

“Fine.” He opened his arms, letting them come to rest on the arms of the chair. “You win. Your freedom for an explanation. Although, in truth, I’m hardly sure this is a better deal than the last one.”

That Emily should feel so bereft without his strong arms around her, without that thumb drawing maddening circles on her hip, was completely absurd. Which was why she scrambled off his lap and flounced over to the sofa. She didn’t want him to see the truth of her feelings on her face.

Only after she had settled into the corner, drawing her feet up onto the cushion and hugging her knees to her chest, did she dare look at him. “Like I said earlier,” she grumbled. “You wouldn’t know a good deal if it—”

“I’m warning you, Emily.” His expression was so fierce, so focused that she found herself fighting for breath. “If you mention the words bite and pecker in the same sentence again, I can’t be held responsible for what I’ll do. Likely bite you and then try to use my p—”

“Okay!” She screwed her eyes shut and covered her ears. It felt as if someone had tossed a bucket of scalding water over her head. “I get it!”

When she blinked open her eyes, it was to find him reclined back in the chair, a smug half-smile plastered over his irritatingly attractive face. 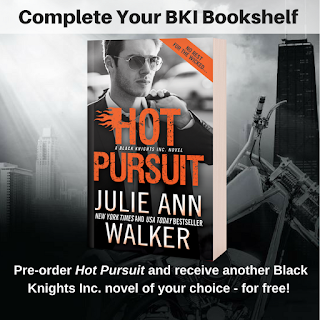 GIVEAWAY:
Sourcebooks is giving away one copy of this book before it releases, to one reader today! US only, please. To enter, just fill out the rafflecopter below. Good luck!