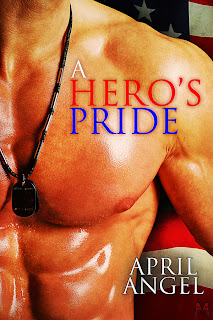 Kayla Santomas has never been on a blind date. Ever. One bad marriage and way too many useless relationships have convinced her to allow her best friend to set her up. Tired of dating frogs, she decides she wants dinner with a nice guy as a birthday present to herself. Who knows? He might not be so bad.
After losing part of his leg in Afghanistan, Ryan Mitchell lost interest in dating and even worse, the urge to get aroused. He finally gives into his badgering family and decides to go back into the dating world. What better way to do it than to allow his brother and friend to set him up? According to them, he needs the extra help.
Sparks fly between Kayla and Ryan. Each quickly realizes that they want more time with the other. Hours rush past them in a blur. But when Ryan says something that Kayla misinterprets, will this be the end of a great night? Ryan will have to forget his pride and say what's inside in order to keep her.

Ryan Mitchell sat on his bed with a huff. He was sweaty and tired, and he needed a shower. His prosthetic had been the only thing on his mind, until now. For the past few days all he could think of was the blind date coming up tomorrow. He stripped off his clothes and glanced down at his prosthetic leg in the mirror.

Insecurity, something he’d never felt before he was injured, filled him. Social functions had turned into gruesome exercises of pity. So he’d stopped interacting with most people. And now his brothers had ganged up on him. Even the army counselor had told him he needed to do something to move on. Ever since he’d come home with a missing leg, he’d lost all interest in dating. It had taken some serious nagging to get him to relent and allow a friend of Cal’s to hook him up.

A knock on his door sounded just as he was reaching for a towel. “Come in.”

His brother, Calvin, gave him the once over. “You all right, bro?”

Cal sat on Ryan’s bed as if nothing were wrong, but Ryan knew his brother wanted to make sure he was ok after all the exercise they’d done playing basketball. Ryan was still trying to get used to the new leg, and this was the first time he’d played hoops with the guys since getting it.

“I’m fine.” He clenched his jaw, hoping the pain would diminish once he soaked in hot water. At least that’s what the physical therapist had told him. He’d rather sew his lips shut than admit to being in pain and end up in a hospital with his mother hovering over him again.

Cal grabbed a green, squishy stress-relief ball from the bedside table, threw it up in the air, and caught it. Then he did it again, settling back into Ryan’s pillows. Why Ryan decided to live next door to his brother, he had no clue.

“Was there something else?”

“So…the blind date. That’s tomorrow after your tests, huh?” Cal tossed, caught, and squeezed the ball in his grip. The soft material made a whining sound with each crush of the rubbery material.

His brother stared up at the ceiling and continued to torture the squishy ball. “So…I understand you don’t want her to know the extent of your injuries. Not backing out, are you?”

Ryan might have tried to relieve Cal if he wasn’t lying on the bed all sweaty. “No, now get off my bed. You’re putting your funk on my blanket.”

Cal caught the ball in his hand and smirked. “Dude, seriously, you need to get laid. The stick up your ass needs to be removed soon. It’s messing up your game. You’re not going to relax until you get some. I’ve heard she’s pretty, so don’t scare her by being all grumpy like you have been lately.” He strolled to the door. When he reached the bedroom entrance, he turned toward Ryan. “You sure you don’t need any painkillers?”

Ryan didn’t fault his brother for his concern. They’d all had a hard time dealing with his situation when he’d come home half dead, but it was getting old.

“I’m good.” Inhale. Exhale. Taking slow steps and ignoring the shooting pain, he made his way to the bathroom and shut the door.

“Call me if you need anything,” Cal shouted. Ryan heard the stomping of his brother’s heavy steps as he headed toward the front door.

Whenever his family brought a woman around for him to meet, all he saw was the pity in their eyes. He wanted someone who didn’t care that he’d been injured. His biggest reason for giving a blind date a shot was to see if there was a remote possibility that some random woman could like him even with his disability. It was time to put it to the test.

He didn’t want to live like a hermit. Besides, it was worrying him that he wasn’t aroused anymore. At every turn his family had tried to set him up with single females, but all he saw were sad looks. And those sad looks reminded him of his loss. And that shoved all thoughts of getting personal with any of those women down the drain. That was not what he wanted in a relationship. 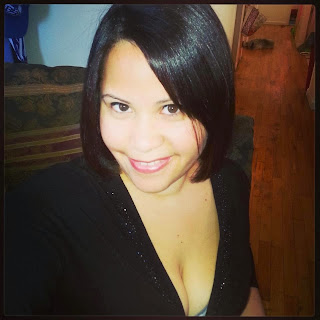 Hi! I'm Milly (AKA April Angel) I love to write sexy stories. They're usually either paranormal or contemporary with a large dose of heat. My paranormal stories can be anything from wolf-shifters (my favorites) to witches, demons and anything in between. My contemporaries are usually anything from soldiers to corporate romances.
I was born the prettiest part of the Caribbean known as the Dominican Republic. Currently, I live in New York City with my hubby, the bossy kiddo and our little dog "Needy Speedy". Don't ask.
When I'm not working some really long hours at the day job, or hanging out in the awful life-sucking invention known as Facebook, messaging my bestie in the UK or shopping with my sis Julie, then I can be found watching scary movies. Buuut when I'm not doing that, I'm usually writing because the voices won't shut up.
I am addicted to shoe shopping, chocolate (but who isn't, right?) and Dunkin' Donuts coffee.
Come on over and visit me! I love to meet new readers!


Like my books? Want to stay on top of all things Milly? Sign up for my newsletter http://mad.ly/signups/87477/join
There’s a monthly $50 GC Giveaway to all the emails signed up to get the latest news on my releases.


~ Look for these titles from April Angel/Milly Taiden ~