Tour: Catherine Bybee's NOT QUITE MINE (Guest Post/Giveaway)

I would like to welcome back romance author, Catherine Bybee, who is joining us with the second book in her Not Quite series, Not Quite Mine!

Thank you so much for having me on your blog today. I’m taking requests for blog tour topics from my Facebook friends.

This blog question comes from Lisa. She is wanting a character profile.

Let’s go with Katie today. As some of you remember from Not Quite Dating, Katie is Jack’s sister. Developing her character was made easier by introducing her in the first book.

I try and begin my character profiles by physical appearance and their childhood. Do they have parents, how is their relationships with them? Do they have siblings? Do they have money? A job?

Katie is my own personal Paris Hilton. She’s from a wealthy family, she’s beautiful and confident, and some might see her as spoiled and conceited. But her childhood wasn’t perfect. She had a nonexistent mother and an overworking father. She and her brother are close, and at this time in her life she’s decided it’s past time for her to do something with her days other than play.

Financially loaded!
Beautiful
Has superficial friends (except Jessie and Monica)
Close with her brother
Confident
Uses her sexuality like a warrior uses a sword
Wears stilettos and mini-skirts for the purpose of gaining attention
Never leaves home without layers of polish and perfect hair…until someone changes that
Respects and loves her father
Could care less, or so she thinks, about her mother
Secretly wants a family of her own
Never stopped loving Dean

So, dear reader…that is Katie.

Gorgeous hotel heiress Katelyn “Katie” Morrison seems to have it all. Butwhen she crosses paths with Dean Prescott—the only man she’s everloved—at her brother’s wedding, Katie realizes there’s a gaping hole inher life. After the ceremony she gets an even bigger surprise: a baby girlleft on her doorstep. Determined to keep the newborn until she learnswho her mother is, Katie has her hands full and doesn’t need Deansnooping around…especially when his presence stirs feelings she thoughtwere long gone..Dean Prescott knows Katie is lying to him about the baby. He shouldn’tcare what the woman who broke his heart is up to…and he mostcertainly shouldn’t still be aching for her. Yet Dean can’t ignore the needto protect Katie—or the desire to be near her every chance he gets. Butwhen he and Katie solve the mystery surrounding the baby, their secondchance for happiness could be shattered forever. 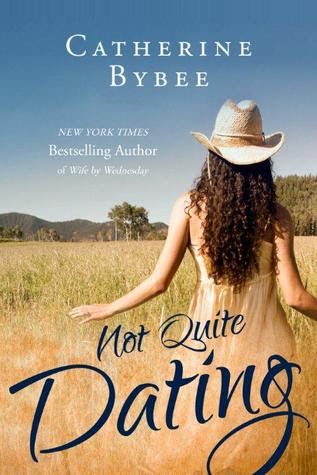 Waitress and single mom Jessica “Jessie” Mann is practical to a fault.Even if she had time to date, which she doesn’t, she’d be determinedto provide her son with a more secure upbringing than the one shehad—and that would mean a husband with big bucks. When JackMorrison—a sexy-as-sin, seemingly broke customer with a cowboy hatand a seductive grin—tries to flirt with her, she shoots him down. Shedoubts a carefree dreamer like Jack can provide the financial stabilityshe needs. Yet with Christmas just weeks away, and Jessie not wantingto spend it alone, the charming Texan is proving hard to resist.As the heir to the Morrison luxury hotel empire, Jack is used to beingfawned over. But Jack needs someone who will fall in love with him—not his wealth. He’s set his sights on Jessie, though her hardened heartjust might get in the way…To be sure, he conceals his true identity andoffers to help Jessie find the rich husband she seeks. But Jack’s daringcharade may rob him of the holiday wish he wants most of all…

New York Times & USA Today bestselling author Catherine Bybee was raisedin Washington State, but after graduating high school, she moved to SouthernCalifornia in hopes of becoming a movie star. After growing bored withwaiting tables, she returned to school and became a registered nurse, spendingmost of her career in urban emergency rooms. She now writes full-time andhas penned novels Wife by Wednesday, Married by Monday, and Not QuiteDating. Bybee lives with her husband and two teenage sons in SouthernCalifornia.

GIVEAWAY :
There is a tour wide giveaway of a kindle and four gift cards.