Today we hare happy to take part in Kieran Kramer's tour for , Loving Lady Marcia, and share with you the first chapter of the book! 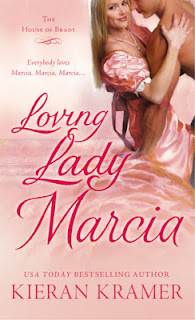 Make sure to visit the rest of the tour:
http://kierankramerbooks.com/tour/