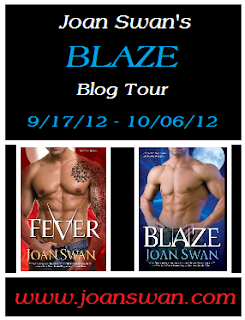 What better author to have stop by the blog today than one who lives in the heart of wine country California? Raise your wine glasses and welcome Joan Swan!

Joan: Thank you, Lexi! I do love wine country!!


Lexi: Joan you are a relatively new author. Your debut, Fever, being released this past March. Now book two, Blaze, in your Phoenix Rising series will be released this month! Congrats! Does it ever feel surreal for you?


Joan: LOL, no. I’ve worked too hard for it to feel surreal. After months and months of writing and more months of revising, it feels very, very real.
Lexi: You have two series, Phoenix Rising and Covert Affairs. Do you have a favorite yet? Or a favorite hero, one man who takes you out of your normal everyday life and makes you weak in the knees? 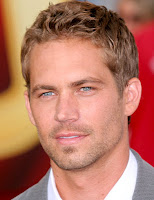 Joan: Oh, boy. That’s a little like choosing a favorite child. But, okay, I have to confess…so far, it’s Luke. *Sigh*

I patterned him after Paul Walker…YUM…but beyond the looks, I tortured that poor man.  There is nothing I love more than a tortured hero.  Except one so hung up on a woman he can’t quite get his junk together to move on after the breakup, even though he tries.  And yes, that’s my Luke.  Poor bastard.

The only upside in getting me for an author is that the more I torture a character, the sweeter their HEA.  And, yes, Luke’s happily ever after is sweeeeet.

Lexi: Your regular (I use that word because we all know how glamorous and carefree being an author is...ha!) job is a sonographer. Being around patients and doctors is a guarantee fodder for character building. Do you think your job has helped you create your characters?


Joan: Oh, absolutely!  I meet some of the most interesting people, the craziest people, the angriest people, the funniest people…and because I’m in San Francisco, some very famous people too. I also see every side of human nature in the hospital. Writers by nature are excellent observers, and I’m observing all the time.


Lexi: Do you still read romantic suspense now that you are writing that genre? Or is it difficult to pick up this kind of book and enjoy it without picking it apart?


Joan: Yes and no.  I do still read romantic suspense, but I’ve also branched out into the thriller and mainstream suspense genres. And there are times I can lose myself in stories when they are written very well, but I’m a tough critic and it takes a lot to get me invested.
Lexi: Have you had a fan girl moment happen to you yet? Have any of your patients recognized you as an author?
Joan: Um…I don’t think so.  And no.
Lexi: Regardless I am sure you will have fan girl moments in your future. Your books have the right amount of suspense, mystery, and hot loving. It will be fun to see where both your Phoenix Rising and Covert Affairs series take us next!
Joan: Awww, thank you Lexi! You made my day!  Thanks so much for having me! Cheers! 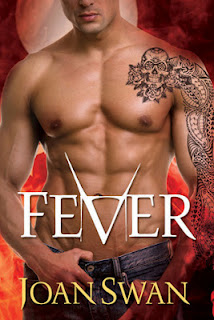 Dr. Alyssa Foster will admit to a bad boy fetish…

But when she finds herself face to face with a convicted murderer with a ripped body, a determination for freedom and an eye on her as his get out of jail free card, Alyssa knows she’s in deep trouble…. Not just because Teague Creek is a prisoner desperate for freedom, but because his every touch makes her desperate for more.
A man with a life sentence has nothing to lose…


Teague Creek has one shot at freedom, but his plan to escape with a hostage develops a fatal flaw: Alyssa. On the run from both the law and deadly undercover operatives who know of his strange abilities, he needs to avoid trouble, but every heated kiss tells him the fire between them could be just as devastating as the flames that changed him forever. The hotter they come, the harder they fall…


With a man like him, every mission becomes personal…


Ever since FBI agent Keira O’Shay started tracking a young boy named Mateo, she’s felt a connection even her empathic abilities can’t explain. Sheneeds to save Mateo from the cult leader holding him hostage. Nothing can interfere with that—not even the reappearance of Luke Ransom, the hot-as-hell fire captain she’s regretted walking out on for three long years.


Losing Keira left Luke vulnerable—in every way. When they were together, the powers each possesses were mysteriously enhanced. But it’s the sexy, surprising woman beneath the tough exterior that Luke’s really missed. Even if she betrayed him utterly. And even if agreeing to help her uncover a government conspiracy means watching his life and his heart go up in flames again…


Add to your Goodreads Shelf 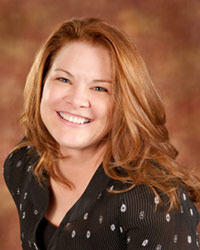 Short:
Joan Swan is an award-winning author of sexy romantic suspense and occasionally throws in a paranormal twist or two for some extra spark.  In her day job, Joan works as a sonographer at UCSF Medical Center. She lives on the central coast of California in beautiful wine country with her husband and two daughters.
Longer:
I was never a star English student or a Literature buff, but I’ve always had a creative soul and an active imagination. Writing was a natural culmination of those two talents.
Sexy romantic suspense is my genre of choice, and, occasionally, I like to dabble in the lighter side of paranormal as well.  I write the Phoenix Rising Series, FEVER, BLAZE, and two more books coming in 2013, for Kensington and the Covert Affairs Series, INTIMATE ENEMIES, independently.
A triple RWA Golden Heart finalist, I am a lover of craft and closet-hoarder of writing craft how-to books. I’m a recovering OCD perfectionist…bet you can just imagine how well that’s going.
In my day job, I work as a sonographer at UCSF Medical Center, rated one of the top ten best medical centers in the nation – a location with an intensity that makes me slightly—okay majorly—insane. This seems to work well with my inner writer. Access to abundant character material—and I’m not only talking about my patients—is a fringe benefit.
I’m married to my own personal hero, a veteran firefighter, we have two beautiful daughters and are blessed to live in the heart of wine country on the gorgeous Central Coast of California.
To keep up with my latest news & releases please visit me online: Website / Facebook / Twitter /  Twitter Giveaways / Goodreads

Joan is spreading book love by offering up a copy of Blaze to one lucky follower (US/Canada only please). To enter leave Joan a comment about either of her series, have a favorite hero yourself? Then fill out the Rafflecopter. Good luck!