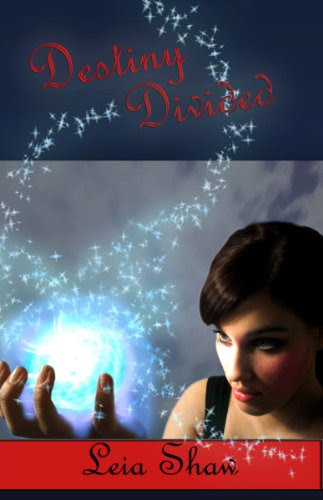 After fleeing her native city - and nightmares of a traumatic childhood - Sage Peterson meets the overbearing, pretentious, yet haunted Professor Elias. He's the only one who knows about her mysterious powers, which seem to be spiraling out of control. When he convinces her to train with him, she finds herself thrust into a five hundred year war and on the run from vampires, werewolves, and even worse - her budding feelings for James Elias.
James had been living a dull and empty existence for the past century and a half. When a fiery half-sorceress, half-witch with a stubborn streak and sharp wit enters his life, he sees her only as a potential weapon to use against his greatest enemy. But when he discovers the vulnerable woman beneath the angry mask, instinct screams to keep her safe. To protect and provide. And to claim her as his.
But will it be too late? As passion and lust ignite between them, vengeance is slipping away. And when Sage is confronted with fulfilling an unexpected destiny, will she choose to trust James with her heart?

My Thoughts:
I loved every single moment of Destiny Divided!
The author did an excellent job with world building, keeping it believable and exciting while her characters were sexy and interesting. Sage is a kick ass heroine with a snarky sense of humor I adored and James a yummy and protective sorcerer with a few secrets of his own. I loved watching both of them develop and grow as individuals and a couple. There is a great balance of action and romance in this captivating. Also, mucho sexual tension that leaves you hanging by a thread for quite some time but is well worth the wait. Some funny Twilight and Harry Potter references as well; there was even a ‘Luke, I am your father’ Star Wars moment.
This was such a fun and addicting read, I couldn’t put it down and held a serious grudge against my family when I actually had to take a break to fix them dinner!
The end had me salivating for more and I can’t wait to get my hands on A Destiny United, the next book in the series set to release this June.