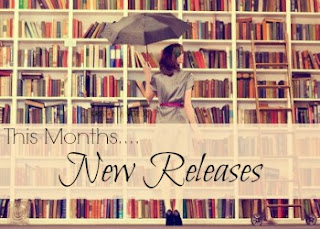 Did you know that Larissa Ione's Demonica series has returned? Check that, and a few other fun new releases, out below! 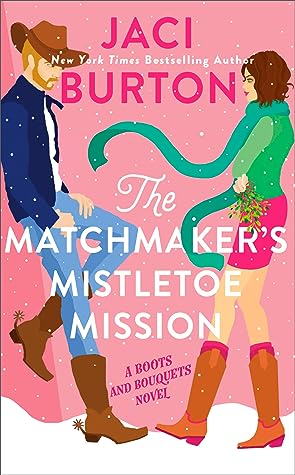 
New York Times bestselling author Jaci Burton celebrates the gift of love and the holiday season with a snowy Christmas wedding at the Bellini family vineyard.

Stranded at the Red Moss Vineyard a week before her best friend's wedding, LA native and professional matchmaker Alice Weatherford is not pleased with her first trip to Oklahoma, or the epic snowstorm forcing her to stay. So much for Christmas cheer. What she needs is a project, something to distract her...and, oh, has she found one in neighboring rancher Clay Henry. Gorgeous, charming, and unlike any other man she's ever met, finding the right woman for Clay should be easy....

Having grown up with the Bellini sisters, it's no hardship for Clay to ride out the storm at their cozy family vineyard, especially since that means spending time with their savvy and smart houseguest. But despite Alice’s best efforts, he's not the least bit interested in her matchmaking....

Alice is the only woman Clay wants. Now he just has to convince the matchmaker herself to give love a chance.


“Once he met her, it was and always would be Lyla.”

They were the gentlemen bad boys of rock. Forming in a garage in a small town in Indiana. Taking their licks on the road. Going balls to the wall until they made their big break.

And then Preacher McCade and the Roadmasters redefined rock and roll.

Guided by their tortured lead singer and songwriter, the Roadmasters changed the face of music in the 80s and 90s. And on their journey to becoming one of the most enduring bands in history—dogged by rumors and myth and fueled by drugs and booze—the Roadmasters had one touchstone.

Preacher’s muse, the love of his life, and the band’s moral compass, from the beginning, Lyla is along for the ride.

But with fame and acclaim in their grasp, they’ve entered the fast lane.

And they didn’t know it, but they were headed for a crash.

He is the Keeper of Souls. Judge, jury, and executioner. He is death personified.

He is the Grim Reaper.

A fallen angel who commands the respect of both Heaven and Hell, Azagoth has presided over his own underworld realm for thousands of years. As the overlord of evil souls, he maintains balance crucial to the existence of life on Earth and beyond. But as all the realms gear up for the prophesied End of Days, the ties that bind him to Sheoul-gra have begun to chafe.

Now, with his beloved mate and unborn child the target of an ancient enemy, Azagoth will stop at nothing to save them, even if it means breaking blood oaths and shattering age-old alliances.


What happens when a monster hunter falls for his prey?

Harrison Key has one job—hunt and destroy monsters. He’s taken out vamps, shifters, demons…it’s all in a night’s work for him. He protects the innocent and destroys the wicked. Case closed. The job doesn’t pay much and the benefits are literally hell, but a hunter is born to the work. Gifted with super strength and speed, Harrison was created to fight monsters. There is nothing else for him in this world.

Then he meets her.

She looks like innocence but makes him think of the hottest sin. When Harrison first meets Elise Aine, she’s surrounded by vamps who are only too eager to take a bite. Harrison stakes the vamps and intends to walk away from Elise, but she has other plans. She says that she’s under supernatural attack. Elise desperately needs his protection, and she’ll pay any price. One look into her dark and gorgeous eyes, and Harrison can’t walk away. He doesn’t want to walk away. He wants her.

Elise isn’t human. Not by a long shot. And she’s got big plans for Harrison. Sure, the guy may think he’s a hunter, he may believe that his job is to rid the world of the wicked, but he’s dead wrong. And with her help, Harrison may just turn out to be the wickedest one of them all. Because he’s not really a hunter. He’s something far, far more interesting. And hot. Smokin’, in fact.

He just needs to let his wild side out to play…

As the queen of the fairies, Elise was born to trick and deceive, and, with way too many enemies closing in, she needs the most powerful protector imaginable at her side. Harrison is her destined mate, if he’ll just stop fighting monsters long enough to see that deep inside…he is a beast. A beast like no other. One that can blast fire and soar into the skies. A beast who can only be bound and tamed by love.

Can the queen of the fairies show a hunter that even monsters can love? Or when he finds out the truth about her, will rage be all that Harrison knows? Either way, things are about to get red-hot. Watch out for the flames and smoke.