*squee* Lothair is Paul Marron! Whatcha think? Me? I lurves them! 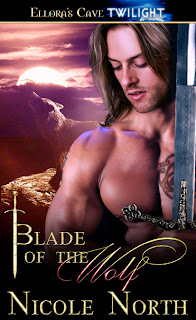 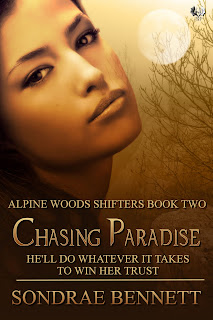 
He'll do whatever it takes to win her trust.                 A vacation is exactly what Ethan needs to escape the mate hungry females in his pack. Determined to have fun, Ethan can't think of a better way to start than sampling all the different flavors the shifter only resort has to offer, and not the food variety. But after he meets Gwen, no one else holds any interest for him. Ethan came on vacation to avoid mating. There's no way he's going to give up his freedom without a fight.    Gwen is devastated when she hears her mate denying everything they are to each other. She can't sit by, watching him fool around with other girls at the resort. Or worse, crawl back, unable to resist the mating pull but not really wanting her. She needs to get away and her own vacation sounds like the perfect plan. But she should have remembered what her mother always taught her, never run from a predator unless you want them to chase you. The hunt is on... 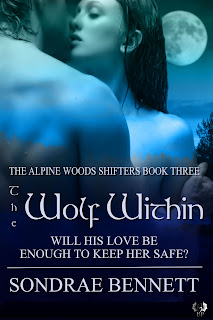 The Wolf Within
November 2011

Will his love be enough to keep her safe?                 Julie doesn’t know what to think when the man she’s had a crush on her entire life --a man she thinks is meant to be mated to her sister-- starts flirting with her after she returns home from college. But the harder she tries to distance herself, the harder he works to win her over. She knows he couldn’t want to mate with her, a freak who was born full human among shifters. So why won’t he accept her rejection?
Brendan has been waiting for his mate to return for years. Now that she’s finally home, there’s nothing that can keep him from her. Not even her three alpha wolf brothers. But he’s not the only one after Julie. Something else wants to use her for its own evil purposes. Her need for protection allows him to get close, but at what cost? When the unthinkable happens, will their love give them the inner strength they need?