(Jaz Parks, Book 1)
By Jennifer Rardin
I’m Jaz Parks. My boss is Vayl, born in Romania in 1744. Died there too, at the hand of his vampire wife, Liliana. But that’s ancient history. For the moment Vayl works for the C.I.A. doing what he does best–assassination.
And I help. You could say I’m an Assistant Assassin. But then I’d have to kick your ass.
Our current assignment seemed easy. Get close to a Miami plastic surgeon named Assan, a charmer with ties to terrorism that run deeper than a buried body. Find out what he’s meeting with that can help him and his comrades bring America to her knees. And then close his beady little eyes forever. Why is it that nothing’s ever as easy as it seems?
CLICK HERE TO READ AN EXCERPT
About the book:
Meet Jasmine (Jaz) Parks; 25-year-old C.I.A. assassin, 5th degree black belt in Taekwondo, daughter, sister, sensitive, destroyer of cars and assistant & Avhar to a 300-year-old vampire named Vayl.
Jaz use to lead a Helsinger crew with brother Dave and his wife Jess, Fiancé Matt and several other teammates until her and her brother ended up being the only survivors from a surprise vamp attack and now haven’t spoken for the last 14 months since. Jaz has been trying to deal with the loss but finds herself suffering from black outs, shuffling a deck of cards to relieve stress, constantly rearranging furniture and now able to smell out vampires. Crazy right? Well she’ll be damned if she is going to let anyone find out, least of all her attractive boss with the ever changing eyes!
Jaz and Vayle arrive in Miami for an assignment, the target, Mohammed Khad Abn-Assan. A member of the extreme terrorist group Sons of Paradise and plastic surgeon who uses charity fronts to work on “Most Wanted” criminals.
Going undercover Lucille Robinson (Jaz) and Jeremy Bhane (Vayl) crash one of Assan’s 5K a plate charity events in hopes of uncovering who is backing him. Instead they find a disturbing plot to spread a deadly virus and release an evil soul-eating beast, the Tor-al-Degan, into the world. Could the Raptor be behind it all? And why do second-rate hit men keep waylaying Vayl and Jaz? Is there a traitor in their midst? Who can it be?
With the help of her family, friends and Sverhamin Jaz fights to stop Assan, a mysterious vampire who is strangely familiar and the traitor from destroying the world. But when given the choice of going back to the world she is fighting to save or retire, which will she choose?
My thoughts:
Jaz Parks is a great series that I am reading for the second time. If you haven’t read any of Jennifer Rardin’s books I suggest you go out and pick Once Bitten, Twice Shy up.
This is a very humorous read, fun & light,  with a sarcastic heroine and a vampire that has a tendency to take things a bit too literally, he needs to get with this century.
Entertaining story line with a well-paced plot, Once Bitten, Twice Shy has everything you are looking for in a good book; action, mystery, suspense, touching romance, humor, tragedy & loss, witty scenes and characters that you will love. No overabundance on world building here, Rardin focuses on the story arc and characters, which I adore.
On Jaz’s journey to uncover the truth we meet a lot interesting side characters; Pete the big boss man, Evie - Jaz’s loyal and sweet little sister, Miles Bergman - a paranoid tech wizard, Dave – Jaz’s twin that is in Special Ops, Cole Bemont – a funny and loveable bubble-gum-popping P.I., Albert – Jaz’s gruff retired, or is he?, military father and Cassandra the thousand year old seer. Sounds like a lot to remember but once you’re introduced to each of them in the story they will stick with you.
We also meet Liliana, Vayl’s late wife, and discover that Vayl is trying to find his reincarnated sons that a psychic told him he’d meet in the United States. A bit of foreshadowing for future books perhaps?
The end wraps up nicely and sets up for the next book but doesn’t leave you wanting to throw this one across the room like some series do.
There were a ton of funny quotes that I loved from this book but I think this one was my fave;  “As I gave my report I learned that my boss also wore black silk boxers. The knowledge left me a little breathless and a lot perturbed.” Pg. 42 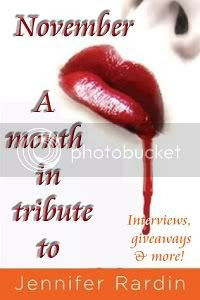