🍷🍷🍷.5 #Review of Get a Life, Chloe Brown by Talia Hibbert 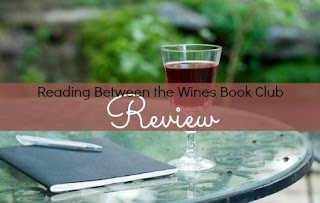 Enjoy a drunken night out.
Ride a motorcycle.
Go camping.
Have meaningless but thoroughly enjoyable sex.
Travel the world with nothing but hand luggage.
And... do something bad.
But it’s not easy being bad, even when you’ve written step-by-step guidelines on how to do it correctly. What Chloe needs is a teacher, and she knows just the man for the job.


Kimberly's Thoughts:
Fibromyalgia and chronic pain were invisible afflictions, so they were easy to dismiss.

Chloe loves her family but is starting to feel suffocated by them, so she decides to make a list to help her get a life. On top of the list is moving into her own apartment, accomplishing this task also comes with a sexy superintendent.
Red is trying to get his confidence back after leaving an emotionally abusive relationship. His feelings for a new tenant have him more mixed up than ever.
Chloe guards her feelings well and Red gives a little too much but these two might just be perfect for each other.

He turned her into a complete disaster, and so, by day, she avoided his company like the bubonic plague. But at night, sometimes, she watched him paint.

The first in the Brown Sisters series, Chloe is the first one up for her happily ever after. Chloe has fibromyalgia, which the author did a great job portraying how this not only physically takes a toll but emotionally. The near constant pain makes Chloe a little short tempered and the background on how Chloe's fiance and some friends slowly drifted away because of how serious and consuming such an almost invisible disease is, gives reason to her closed off and grumpier personality. Red, by contrast, is a naturally open and sunshine type of guy, to the point that he ignores his own wants and needs. Our two leads are the often loved grumpy and sunshine trope.

Red smiled up at her. It was the kind of sweet and effortlessly handsome smile that heartthrobs deployed in rom-coms, and she didn’t trust it an inch.

I really enjoyed Chloe and Red in the beginning, the way they sparked off one another, even when there was some misunderstandings because they didn't know each other well enough to get the nuances underlining what they were saying to one another. I liked how they butted heads until Red gets a peek at Chloe's soft side under her tough shell. Having Red help Chloe with the items on her “Get a Life” list also worked to keep these two together. Chloe trying to help Red set-up a website for his art also worked well to get readers Red's story and what happened in London and why he lost his self-confidence. I thought the story lost some steam in the middle when Red and Chloe start to communicate by email. This worked to have them hash out some feelings and misunderstandings but it stalled their momentum a bit.

This author's writing style and prose provided some cute, sexy, and snappy lines and moments. This wasn't as light and fluffy as the cartoon cover lead me to think it was going to be, there are plenty of curse words and open door sexiness. Chloe was the stand-out character for me and I loved her grumpiness and how around people she cared about and trusted, it peeled back to show a funny, sarcastic, and caring woman. I wish the scenes with her grandmother and sisters could have continued as much as we got in the beginning, I felt we lost that great connection after the first half. Red was lacking a certain wholeness for me, I think more scenes with his mom and his friend could have thickened up his character a bit.

Whether she admitted it or not, what Chloe really needed was a decent fucking friend. And what Red really wanted, badly enough to surprise himself, was to give her that. To show her every kindness she should take for granted. To make her smile and laugh and feel like herself. The way she did for him.

Chloe and Red's love felt somewhat rushed at the end, I wasn't sure the deepness to their love was fully on page for the time length given. There was also a misunderstanding that felt contrived, if a character is proclaiming love the way they were, it feels overly angst to have them immediately think the worst of their partner. Overall, the author managed to tackle issues like chronic illness, emotional abuse, and therapy and have her characters experience and live these in a romance story. The love was seen and felt in how Chloe and Red challenged and helped each other navigate and overcome these moments in life. Chloe's sisters were delightful and I'm anticipating their books.