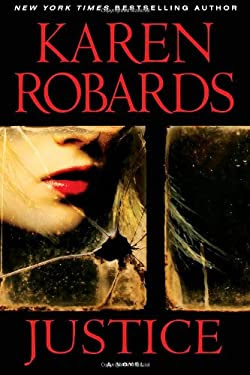 The trial earns Jess a permanent spot on the firm’s elite legal defense team, replacing an associate who eloped suddenly and never came back. It’s the chance of a lifetime. But Jess’s mind has raced with questions from the moment the prosecution’s star witness shocked the courtroom with an electrifying revelation involving the handsome son of a powerful U.S. senator. Was the pretty, young mother intimidated into changing her story on the stand? Why will she not return Jess’s calls? Did Jess’s ambitious predecessor on the case really just abandon her successful career? Or did both women mysteriously disappear?After Mark rescues Jess from an attacker outside her apartment, she begins to consider the possibility that she is a target. Maybe it’s not so bad to have her irresistibly charming and hard-bodied former lover around for protection. Maybe. The question is, which of the many inadvertent enemies Jess has made recently is he protecting her from? The investigation leads her to some startling coincidences—and to a teenage runaway who may just hold the missing link . . . if Jess can find her.As Jess hurtles closer to the truth—and the sexual tension between her and Mark grows hotter than ever—she finds herself in a race against the clock to find the answers before what she doesn’t know gets them both killed.
Feisty criminal attorney Jessica Ford has done her best to comply with the orders of the Secret Service’s unofficial witness protection program ever since she became the lone witness to the First Lady’s murder. She changed her name, dyed her dark hair blonde, and traded her sturdy black-rimmed glasses for contact lenses. Unfortunately, winning her first high-profile case for prestigious Washington, D.C., law firm Ellis Hayes, and subsequently landing her face all over the news, is not exactly “keeping a low profile.” Or so says hunky Secret Service agent Mark Ryan, whose newest assignment—despite Jess’s stubborn protests—is keeping her safe at all costs. It just so happens he’s also her ex-boyfriend.

A serial killer is on the loose, and it's up to FBI agents Dillon Savich and Lacey Sherlock to bring him down. They soon discover that the killer has blood ties to the infamous and now long-dead monster Ted Bundy. Savich and Sherlock are joined by agents Lucy Carlyle and Cooper McKnight, and the chase is on.
At the same time, Agent Carlyle learns from her dying father that her grandfather didn't simply walk away from his family twenty-two years ago: he was, in fact, murdered by his wife, Lucy's grandmother. Determined to find the truth, Lucy moves into her grandmother's Chevy Chase mansion. What she finds, however, is a nightmare. Not only does she discover the truth of what happened all those years ago, but she faces a new mystery as well, a strange ring that holds powers beyond her ken. As the hunt for the serial killer escalates, Savich realizes he's become the killer's focus, and perhaps the next victim. It's up to Lucy to stop this madness before it's too late.

Black Ops, Inc. operative Luke – Doc Holliday – Colter is taking some much needed down-time, making his way across the Peruvian Andes via rail, when banditos attack the moving train in the midnight hours.  It soon becomes apparent that robbery is not their intent but the abduction of super model Valentina, who is traveling incognito while recovering from a public scandal involving her ex-husband, high profile US Senator, Marcus Chamberlin.  Luke whisks Valentina off the train in a daring escape but the two of them become the targets of a relentless manhunt.  Enlisting the aid of Luke's BOI teammates, they soon discover that Val’s intended abduction is linked to a plot put in play by an international gun smuggling alliance.  The BOI team led by Luke, with Val along as a necessary pawn, must race halfway around the world to thwart a ruthless attack that would not only result in a devastating loss of life but destroy a tenuous peace the US and her allies have established in a vastly unstable part of the world. 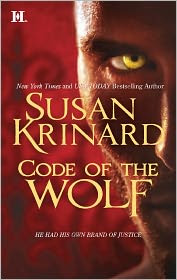 Lust and revenge are best served after sundown…
Outlaw werewolves destroyed his home and killed his wife. But they made one mistake: they didn't kill him, too. Now, after ten lonely years honing his skills with a gun, Jacob Constantine is back in New Mexico, hell–bent on justice—until he's ambushed by bandits and saved by an angel on her own deadly crusade.With a gun slung low across her seductive hips and vengeance in her eyes, Serenity Campbell isn't who she seems to be. But neither is the mysterious bounty hunter who threatens to drive her desire into dangerous territory. Together they track their prey with the same intensity they circle one another. But will their growing passion be enough to right the wrongs of the past and bring two damaged hearts together? 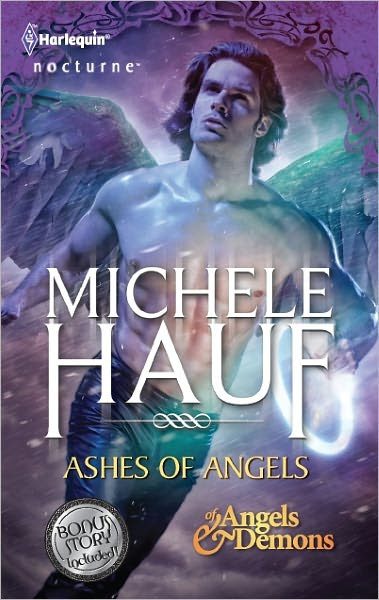 As a muse, Cassandra Stevens had been warned of the Fallen angel who'd one day come to impregnate her with a nephilim, an evil offspring. But no one could have foreseen that Samandriel—the raven-haired, silver-winged Fallen one—would sweep her off her feet. Against all good sense, Sam stirred her suppressed desires, yet for her own sake she dared not arouse his carnal ones. For Sam had been summoned to earth by a dark vampire lord. And more Fallen were on their way. Despite the dangers, Cassandra needed Sam by her side, for only together could they prevent the apocalypse that had been unleashed… 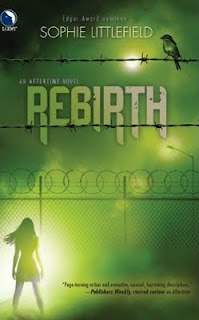 The end of the world was just the beginning
Civilization has fallen, leaving California an unforgiving, decimated place. But Cass Dollar beat terrible odds to get her missing daughter back—she and Ruthie will be happy.Yet with the first winter, Cass is reminded that happiness is fleeting in Aftertime. Ruthie retreats into silence.Flesh—eating Beaters still dominate the landscape. And Smoke, Cass's lover and strength, departs on a quest for vengeance, one that may end him even if he returns.The survivalist community Cass has planted roots in is breaking apart, too. Its leader, Dor, implores Cass to help him recover his own lost daughter, taken by the totalitarian Rebuilders. And soon Cass finds herself thrust into the dark heart of an organization promising humanity's rebirth—at all costs.Bound to two men blazing divergent paths across a savage land, Cass must overcome the darkness in her wounded heart, or lose those she loves forever.

From one of the most acclaimed and profound writers in the world of comics comes a thrilling and provocative exploration of humankind’s great modern myth: the superheroThe first superhero comic ever published, Action Comics no. 1 in 1938, introduced the world to something both unprecedented and timeless: Superman, a caped god for the modern age. In a matter of years, the skies of the imaginary world were filled with strange mutants, aliens, and vigilantes: Batman, Wonder Woman, the Fantastic Four, Iron Man, and the X-Men—the list of names as familiar as our own. In less than a century, they’ve gone from not existing at all to being everywhere we look: on our movie and television screens, in our videogames and dreams. But what are they trying to tell us?For Grant Morrison, arguably the greatest of contemporary chroniclers of the “superworld,” these heroes are powerful archetypes whose ongoing, decades-spanning story arcs reflect and predict the course of human existence: Through them we tell the story of ourselves, our troubled history, and our starry aspirations. In this exhilarating work of a lifetime, Morrison draws on art, science, mythology, and his own astonishing journeys through this shadow universe to provide the first true history of the superhero—why they matter, why they will always be with us, and what they tell us about who we are . . . and what we may yet become.

*sigh* Blogger is not my friend today...
Anyhoo, are there any new releases going to be gracing your bookshelves today? I have Cindy Gerard's With No Remorse sitting on mine right now. I haven't read anything from this series yet but it sounds like it's gonna be a good one! I have Ashes of Angels from NetGalley but have yet to get to it, anybody read that one yet?
Happy Reading!
XOXO
Posted by Crystal @ RBtWBC at 7/19/2011 12:44:00 AM