The Flower Court with Jeffe Kennedy of The Fiery Crown 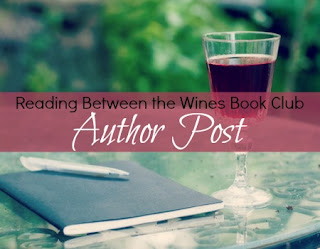 When I went to build out the world in my Forgotten Empires trilogy, I put my heroic and embattled Queen Euthalia at the center. I wanted her to be ruling over a small island of peace in a chaotic world. I made this true in a literal sense, in that her kingdom of Calanthe is an actual island, and a paradisal one at that. But I also created a metaphorical oasis of art, pleasure, and knowledge.

I called it the Flower Court of Calanthe.

Calanthe is a refuge, a place of asylum in a world where the finer things are either stolen or destroyed. I took some of this from tales of art being smuggled out of the Louvre and hidden in barns ahead of the German invasion in World War II. The Nazis had a reputation for taking the good stuff and burning the rest. Thus, art from the many scattered and forgotten kingdoms has found its way over the years to be hidden and preserved on Calanthe.

Not only physical items have found refuge on Calanthe, but also people. The scholars, artists, poets and wounded denizens of destroyed kingdoms have made their way to the Flower Court of Calanthe. One reviewer compared it to the House of Medici and that’s not inaccurate. All sorts of people have flocked to the Flower Court, and it’s become a place where knowledge is power.

Of course, a lot of that takes the form of gossip.

Still I love the idea of a place where the flowers are both literal and metaphorical. Queen Euthalia is the good and true blossom at the center of a palace and realm draped with flowers. And her court is decorated with the flower of humanity in art, intelligence, and sensibility.

Welcome to the Flower Court of Calanthe. 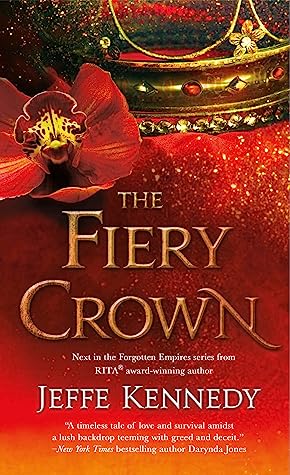 
A queen and her rebel prince turn from enemies to lovers while evil forces plot to destroy them in this lush romantic fantasy.

Following The Orchid Throne, Conri and Lia’s marriage of convenience has turned into an uneasy alliance. If only the two leaders could agree on something. Driven by revenge, Conri wants to attack Emperor Anure before the tyrant gets to them first. But Lia needs to keep Calanthe safe, and refuses to sacrifice her kingdom. Their ongoing battle for control has built up tension they’re both more than happy to release in bed, the only place where they find common ground. But Conri and Lia are developing deeper feelings for each other that are complicating matters. In the second book in the Forgotten Empires trilogy, Conri and Lia find their loyalties torn, and with Emperor Anure’s threat growing, will they be able to risk everything with each other before it’s too late? 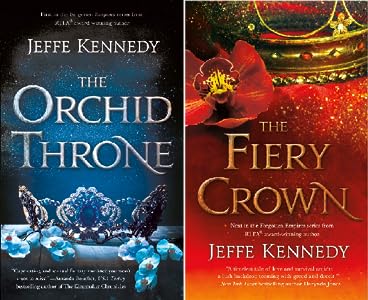 Jeffe Kennedy is an award-winning author whose works include novels, non-fiction, poetry, and short fiction. She has won the prestigious RITA® Award from Romance Writers of America (RWA), has been a finalist twice, been a Ucross Foundation Fellow, received the Wyoming Arts Council Fellowship for Poetry, and was awarded a Frank Nelson Doubleday Memorial Award. She serves on the Board of Directors for the Science Fiction and Fantasy Writers of America (SFWA) as a Director at Large.

Her award-winning fantasy romance trilogy The Twelve Kingdoms hit the shelves starting in May 2014. Book 1, The Mark of the Tala, received a starred Library Journal review and was nominated for the RT Book of the Year while the sequel, The Tears of the Rose received a Top Pick Gold and was nominated for the RT Reviewers’ Choice Best Fantasy Romance of 2014. The third book, The Talon of the Hawk, won the RT Reviewers’ Choice Best Fantasy Romance of 2015. Two more books followed in this world, beginning the spin-off series The Uncharted Realms. Book one in that series, The Pages of the Mind, was nominated for the RT Reviewer’s Choice Best Fantasy Romance of 2016 and won RWA’s 2017 RITA Award. The second book, The Edge of the Blade, released December 27, 2016, and was a PRISM finalist, along with The Pages of the Mind. The final book in the series, The Fate of the Tala, will be out in January 2020. A high fantasy trilogy, The Chronicles of Dasnaria, taking place in The Twelve Kingdoms world began releasing from Rebel Base books in 2018. The novella, The Dragons of Summer, first appearing in the Seasons of Sorcery anthology, finaled for the 2019 RITA Award.

In September 2019, St. Martins Press released The Orchid Throne, the first book in a new romantic fantasy series, The Forgotten Empires. The sequel, The Fiery Crown, will follow in May 2020.