#Interview with Talia Hibbert of Get a Life, Chloe Brown 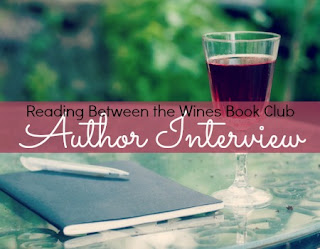 Lexi: Oh, dear readers, do we have a treat for you today! Our guest has a steamy backlist, but her newest book is one we’re positive you need. Because, we need it too. Welcome, Talia Hibbert!

Talia: Thanks for having me, Lexi!


Lexi: After reading the blurb for GET A LIFE, CHLOE BROWN I immediately added it to my TBR list. All because of Chloe Brown, your fabulous heroine. As someone living with a chronic disease, I need her to have her very own HEA, because life is hard, but you can’t let it stop you from being bold. What was the most important aspect of Chloe’s illness that you strove to include in her story?

Talia: I am so happy to hear that! I have a chronic illness myself, and I was hoping readers like me would be pleased to see this representation. Chloe getting her HEA was so important to me, because we all deserve one, though we’re told in a thousand subtle ways that we don’t.
But the other thing I really wanted to show was how ableism and discrimination compound the negative aspects of being chronically ill. Chloe’s pain and fatigue are constant realities, and they’re important parts of her story—but the negative treatment she’s faced in the past is just as significant. Her loneliness, prickliness, and need for control are all reactions to the unfairness she’s faced. From her friends not believing in her invisible illness, to doctors refusing to give the support she needed, these struggles moulded her deepest fears. I needed to reflect that experience because it’s too wide-spread to ignore, and only awareness and compassion will help.


Lexi: Beyond Chloe’s illness, you gave her many attributes that readers can identify with. Her career, her size, her near-death-experience, her race, so many aspects! And they’re all so important and what makes her…Chloe. What was your favorite part about writing this character, or was there one part of her that spoke to you more than the others?

Talia: I love how socially awkward Chloe is. When she’s uncomfortable she freezes up and comes off as kind of rude, which I find adorable. She has a little crush on Red for the longest, but he’s convinced she hates him because she acts so weird. Behaving unusually because you’re uncomfortable with your feelings is really relatable to me. I hope I’m not the only one, LOL!


Lexi: Chloe Brown is absolutely amazing to be so many things for so many people, this character shows your strength as a writer. But, so does the hero, Red. On the surface he’s the drool-inducing, stereotypical bad-boy, but beneath he’s so, so much more. Red suffers from emotional abuse, a very scary and difficult thing, yet he also has an artists soul. If it’s not spoilery, which picture that he created is Red’s favorite and does he talk about it with anyone?

Talia: Thank you so much! With Red, I really wanted to show how masculinity doesn’t have to be toxic, and that it’s okay for men to hurt and to struggle with things. I don’t want to give too much away, but there is a painting that helps Red turn a personal corner, and he discusses it with his best friend. I enjoyed writing that, especially because it’s a scene about men supporting each other emotionally.


Lexi: There’s more to people than meets the eye, such a life truth that you’ve packed into GET A LIFE, CHLOE BROWN. But even though you have a lot of serious aspects to this book, at the heart it is a love story that will leave the reader with hope and happiness. Which is what we adore, and we can’t wait to adore Chloe and Red’s road to HEA! Thank you so much for stopping by the blog, Talia! Cheers to your book birthday, and we hope to see you back for book two!!

Talia: I would, of course, love to come back! Thank you again for having me, and for these wonderful questions.


Talia Hibbert, one of contemporary romance’s brightest new stars, delivers a witty, hilarious romantic comedy about a woman who’s tired of being “boring” and recruits her mysterious, sexy neighbor to help her experience new things—perfect for fans of Sally Thorne, Jasmine Guillory, and Helen Hoang.


Enjoy a drunken night out.
Ride a motorcycle.
Go camping.
Have meaningless but thoroughly enjoyable sex.
Travel the world with nothing but hand luggage.
And... do something bad.
But it’s not easy being bad, even when you’ve written step-by-step guidelines on how to do it correctly. What Chloe needs is a teacher, and she knows just the man for the job. 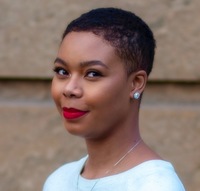 Talia Hibbert is an award-winning, Black British author who lives in a bedroom full of books. Supposedly, there is a world beyond that room, but she has yet to drum up enough interest to investigate.

She writes sexy, diverse romance because she believes that people of marginalised identities need honest and positive representation. Her interests include beauty, junk food, and unnecessary sarcasm. She also rambles intermittently about the romance genre online.

Talia self-publishes via Nixon House and is represented by Courtney Miller-Callihan at Handspun Literary. http://www.taliahibbert.com