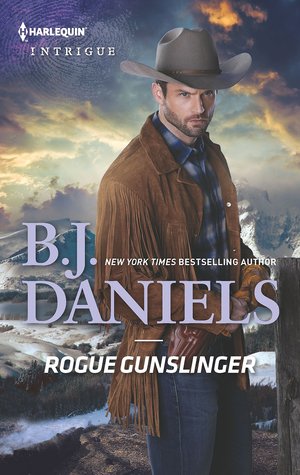 A deadly homecoming in Whitehorse, Montana.

Bestselling author TJ Clementine thought she'd be safe with her sisters during the holidays. She was wrong. Dead wrong. Now her "biggest fan" has followed TJ to Whitehorse, Montana, with visions of murder in mind. The only person who can help TJ is ruggedly handsome loner Silas Walker--if she can trust him. Because this mountain man knows just how to hunt deadly shadows...and win.


Linda's Thoughts:
“I can’t help but be concerned. That last letter…”
What he wanted to say was “we have to find True Fan before True Fan finds you,” but he held his tongue. She was already scared enough. She didn’t need him sharing his instincts or experience with her.
Unfortunately, those instincts and his experience on the job told him that True Fan would be making good on those threats – and soon.
As he pulled up in front of her house, he turned to her and reached for her hand. “Do me a favor, okay?” She nodded, seeming surprised by how serious he’d become. “Don’t go anywhere alone. Take one of your sisters if you insist on going out. Especially don’t go chasing True Fan. Wait for me. I’m not sure how long my business is going to take me, but –“
“You don’t have to worry about me. I’ll be fine.”
How many times had he heard those words?
“That’s what they all say.” He felt her shudder. “Just do it for me.”

As the story opens, we learn that for the last six months, T.J. has been the recipient of multiple letters from her “true fan.” They started innocently enough but have become increasingly threatening. Seeking to escape the stress, T.J. is looking forward to joining her sisters in Whitehorse for the holidays.

As she leaves her apartment in New York City waiting for a cab to take her to the airport, she is unexpectedly shoved off the curb into the path of a truck. She’s saved in the nick of time by a passing stranger who disappears without a word. Was he her rescuer or was this a warning from her “true fan”? When she arrives in Whitehorse, certain that she has escaped her assailant, her feeling of relief is short-lived when she spots the same man in Whitehorse.

Silas is a former cop currently working as a private investigator. He had been following a man when he rescued T.J., not recognizing her as his favorite author until she’d already entered the cab she had been seeking. Silas is actually heading to Whitehorse also as he has made plans to move to Montana after falling in love with the area through T.J.’s writing. I thought that was a really cool touch.

I thoroughly enjoyed the development of T.J.’s and Silas’ relationship. Even though he was big and tough looking, he was actually a sweet, patient guy with T.J. Once he learned what she was dealing with, his cop instincts told him she was in trouble and he was determined to help her find who her “true fan” was and to protect her.

There’s a second suspense thread in that when Silas was a cop, he was responsible for bringing down some dirty cops. While helping T.J., Silas receives word that those same dirty cops had put a hit out on him. The warning gives him little chance to prepare to defend himself. It was awesome how T.J. followed her own intuition when she felt that Silas was in trouble.

Seeing the three sisters spending more time together, mending their relationships and offering T.J. their full support was a treat.

Being a romantic, one of my favorite scenes involved a sweet kiss:

Without another word, he reached for her, drawing her across the bench seat of the pickup. She felt a burst of pleasure expand inside her as he wrapped her in his strong arms and kissed her. His mouth was warm and sweet on hers.
“I’ve been wanting to do that since the first time I saw you,” he said.

B.J. is one of my favorite authors. I know when I pick up one of her books, I’m in for a well-plotted, entertaining read with striking fleshed-out characters. She’s not failed to deliver yet and certainly doesn’t with Rogue Gunslinger. This tale includes multiple heart-pounding, fast-paced, intense scenes and a plethora of villains which kept me glued to the pages. The sweet and romantic ending is a perfect wrap-up to the story. If you yearn for a good western mystery with a light romance, I’d encourage you to pick up Rogue Gunslinger.