Read an #Excerpt from A Simple Wedding by Leigh Duncan 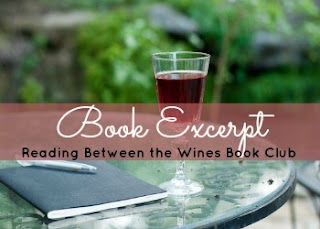 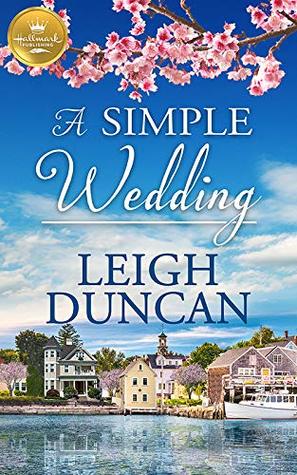 
Fall in love with Heart’s Landing,
a romantic wedding destination,
in the first book of a Hallmark series.

Jenny always dreamed of getting married at Heart’s Landing. But when she finally visits the charming small town, she’s there to make wedding arrangements for someone else: her cousin, who also happens to be her boss and a famous movie star. To keep the event secret and avoid a media circus, Jenny pretends she’s the one getting married.


Nick is intrigued by this bride-to-be who starts visiting his bakery every afternoon for sweet treats and conversation. He has to keep reminding himself that she’s already spoken for.

As Jenny deals with her cousin’s ever-changing demands, she tries to hide her attraction to Nick. Planning this wedding couldn’t be more complicated…and what will happen once the truth comes to light?

“I know just the place!” Kay’s mouth twisted into a sly smile. “Actually, it was your idea.” “Oh?” Confused, Jenny pursed her lips. She and Kay hadn’t discussed weddings in years, probably not since they’d played dress-up in grade school. Back then, her cousin had insisted she’d only get married on the white sandy beach of some faraway tropical isle. Jenny, though, had dreamed of walking down the aisle in the one town that consistently received a five-star ranking from Weddings Today. She glanced at Karolyn. Surely, her cousin hadn’t chosen that spot for her own wedding. Apparently, she had. “We’ve decided on a Heart’s Landing wedding. It’s the perfect place because everyone will expect us to choose an exotic destination. Even better, I called this morning and spoke with the event coordinator. She’s had a cancellation. A bride and groom who’d rented out the entire Captain’s Cottage for their wedding had a change of plans. I was able to snag the reservation for the last week in June. Isn’t that fabulous?” The tiniest spark of frustration burned in Jenny’s stomach. She quickly squelched it. What did it matter if Karolyn had stolen her choice of wedding venues? It wasn’t like she planned to get married next week, or next year. She didn’t
have anyone special in her life, a situation she didn’t see changing anytime in the foreseeable future. Not that she minded. Even though her hours were long and her schedule as capricious and hectic as a hummingbird in flight, she enjoyed her job as an assistant to one of Hollywood’s leading ladies. But it was definitely not the kind of job that allowed for much of a personal life. She could hardly remember when she’d last been out on a date, much less had gotten involved in something serious. So no, she refused to be mad at her cousin for jumping at the chance to get married at one of the top ten wedding destinations in America. Besides, she knew just about everything there was to know about Heart’s Landing. Thumbing through the latest issue of Weddings Today would fill in any gaps. Given that Karolyn and Chad had decided to keep things small and intimate, she really didn’t know what she was worried about. Why, she’d probably have this wedding wrapped up within a week, two at the outside. She rubbed her fingers together. “When do we get started?” “Well, that’s the thing.” Karolyn heaved a sigh worthy of the stage. “We don’t. Between my shooting schedule and the rest of my commitments”—maintaining her position in the top echelon of Hollywood’s leading actress required daily workouts and weekly pampering at an exclusive spa, not to mention the nights Karolyn spent hobnobbing among the industry’s movers and shakers—“I won’t have time to even think about it. I need you to handle everything. But not here. You know how good the paparazzi are at sniffing out details. To throw them off track, you’ll need to go there and pretend you’re arranging your own wedding.” “But…” Jenny sputtered. Fly to Rhode Island and plan a wedding that wasn’t hers? She could think of a million ways that could go wrong in a wedding that was growing more complicated by the minute. 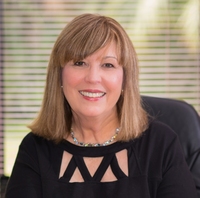 Leigh Duncan is an Amazon best-selling author and a National Readers' Choice Award winner, the author of more than two dozen novels, novellas and short stories. However, the biggest thrill of her career--so far!--came when she saw her book, Journey Back to Christmas, featured on the Home and Family Show after Hallmark Publishing chose Journey to introduce its new line of romance novels. Her newest Hallmark Publishing release, A Simple Wedding, and her upcoming A Cottage Wedding (6/2/20) are the first of several books in Leigh's Heart's Landing series. These sweet, contemporary romances take place in a small town known as America's Top Wedding Destination, and each book centers on one couple who fall in love in Heart's Landing.

Leigh lives on Central Florida's East Coast where she loves to stay in touch with readers through social media. Find her at www.facebook.com/LeighDuncanBooks, or visit her website at www.leighduncan.com.